FOSSILERA
MINERALS
FOSSILS FOR SALE
NEW
CRYSTALS
ABOUT
Minerals & Crystals
Titanite
Titanite is a relatively rare mineral and has applications as both a gemstone and as a minor source of titanium ore. As a gemstone, titanite is known as "sphene" (original name) and exhibits an excellent light dispersion superior to that of cut diamonds. Dependent on impurities, titanite can bare a variety of colors including brown, black, green, grey or yellow, with rarely occurring orange, pink or red crystals. Some of these impurities that can effect the color of titanite include aluminum, chromium, sodium, magnesium and manganese, and in rare cases rare elements such as cerium, niobium, and yttrium. 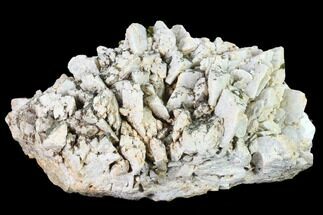