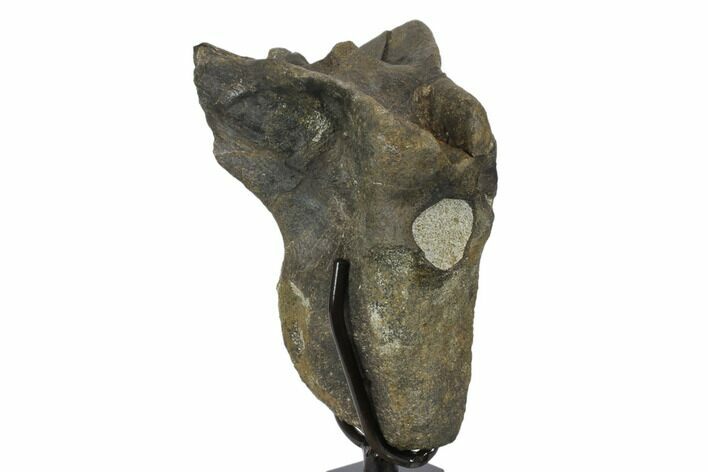 This is an awesome 7.5" tall Hadrosaur (Hypacrosaurus sp.) dorsal vertebra from the Two Medicine Formation of Montana. It was collected this last spring and has been nicely prepared from the hard rock surrounding it.

The centrum was found intact with portions of the neural arch still intact, however most of the bone superior to the pedicles was found broken into pieces. To piece the vertebra back together, crack repair and gap fill restoration was required in several locations. The spinous and transverse processes are broken at their bases. The rock has been left within the neural canal for structural integrity of the vertebra.