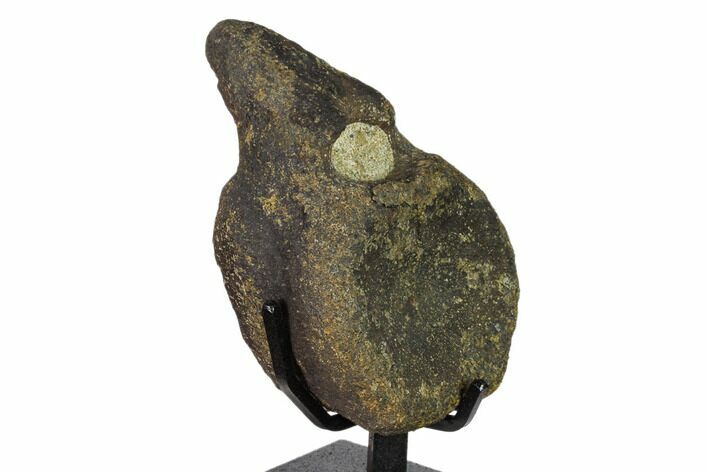 This is a 2.35" tall vertebra of a Nodosaur (Panoplosaurus sp.) from the Two Medicine Formation of Pondera County, Montana. Portions of the centrum (anterior/superior) chipped away, requiring crack repair. There is a repaired crack through the laminae of the vertebral canal and the hard rock has been left within the canal for structural integrity.

This specimen comes with a custom metal display stand.

Panoplosaurus (meaning "completely armoured lizard") is a genus of nodosaurid dinosaur. Panoplosaurus was 5 to 7 metres (16 to 23 ft) long, around 2 metres (6.6 ft) tall. It was heavily armoured, even by the standards of other nodosaurs, probably with traverse bands of studded plates covering its back and tail, although the tail likely lacked the club found in ankylosaurids.