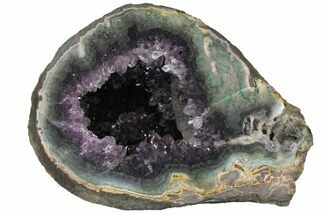 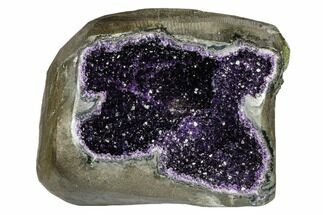 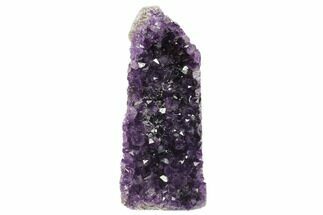 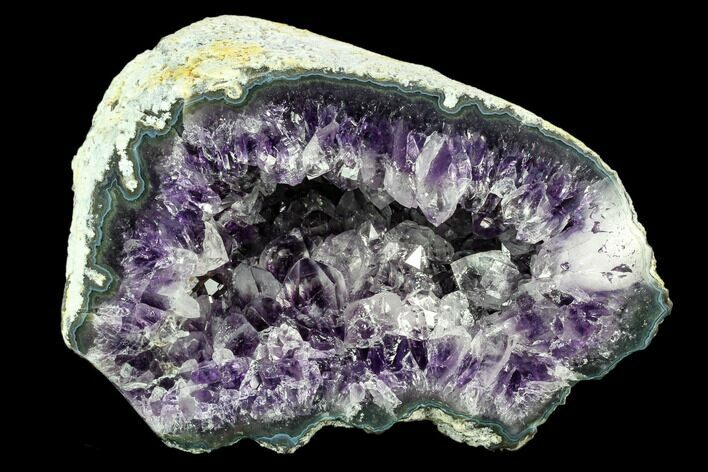 This is a 7.5" wide, purple amethyst geode from the famous mines near Artigas, Uruguay. Clear quartz crystals have grown in the geode after the amethyst had formed. The surrounding basalt (volcanic rock) has been shaped so that it displays nicely on a flat surface. A really attractive amethyst piece. 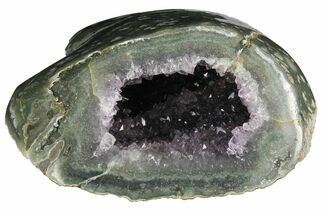 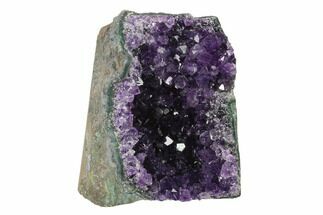 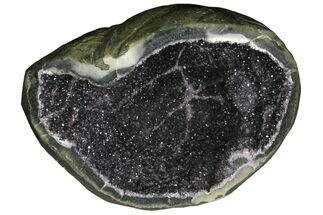 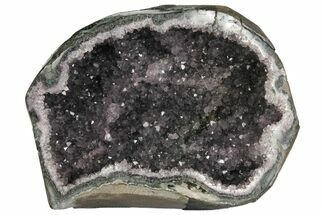 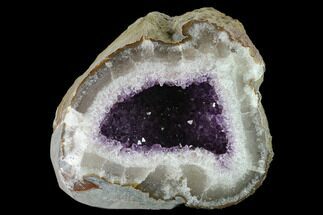 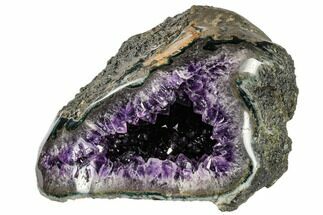