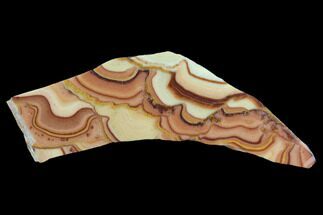 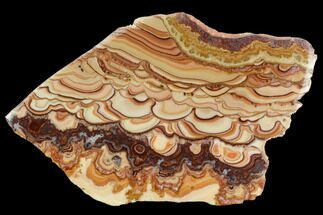 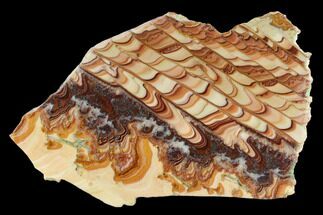 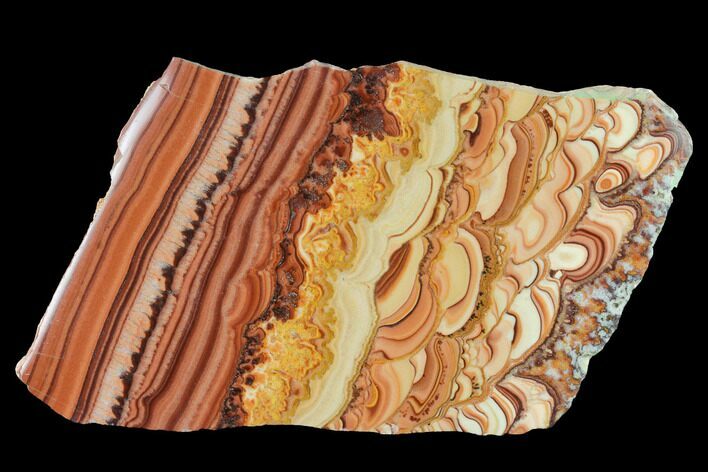 This is a stunning, 7.3" wide, polished slab of Rolling Hills Dolomite mined in Chihuahua, Mexico. This beautiful stone features colorful, desert hues and dramatic rolling wave shapes. One side has been polished to a mirror like finish. 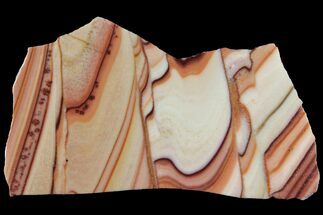 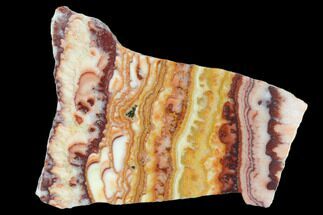 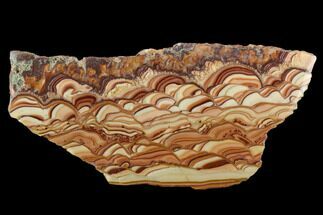 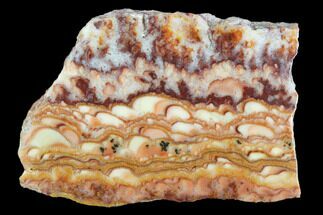 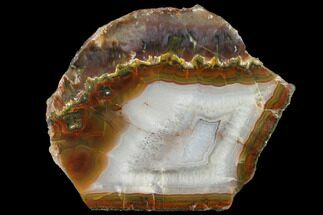 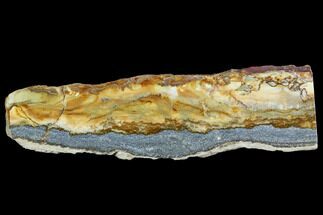 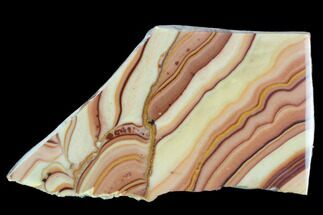 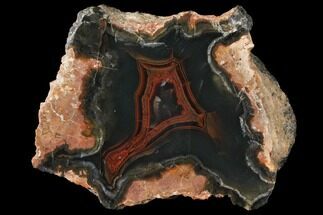 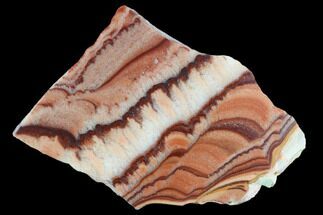