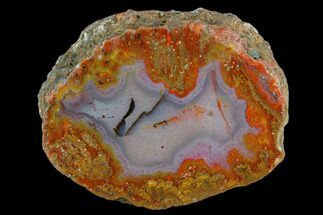 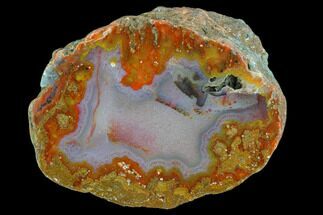 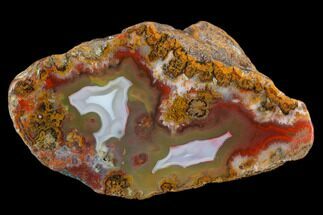 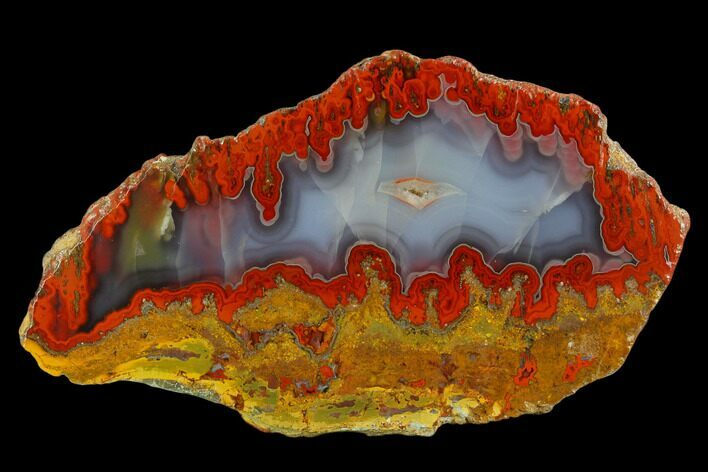 This is a polished agate specimen collected from Karouchen, Morocco. This nodule features red and white-blue agate, with botryoidal formations visible within the polished window. This is a truly gorgeous agate nodule. 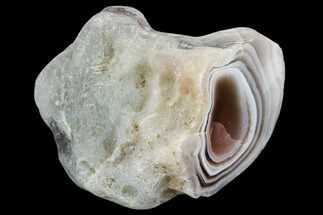 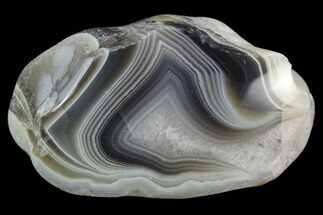 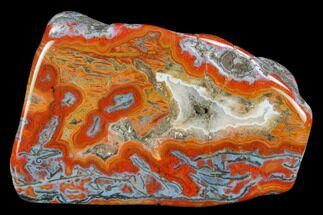 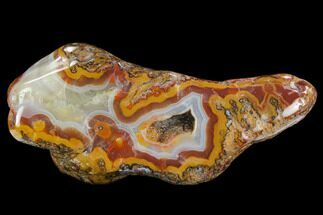 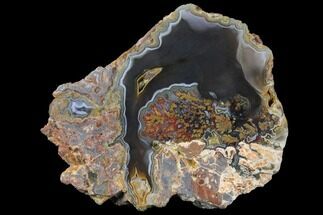