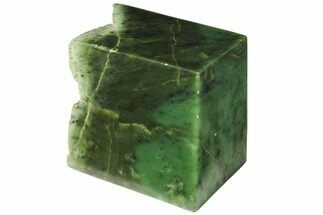 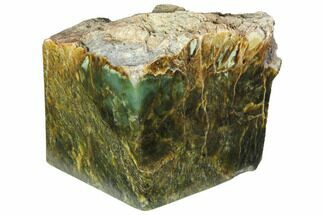 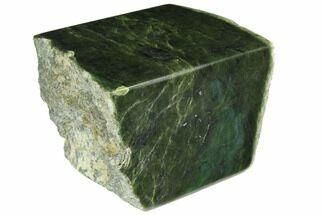 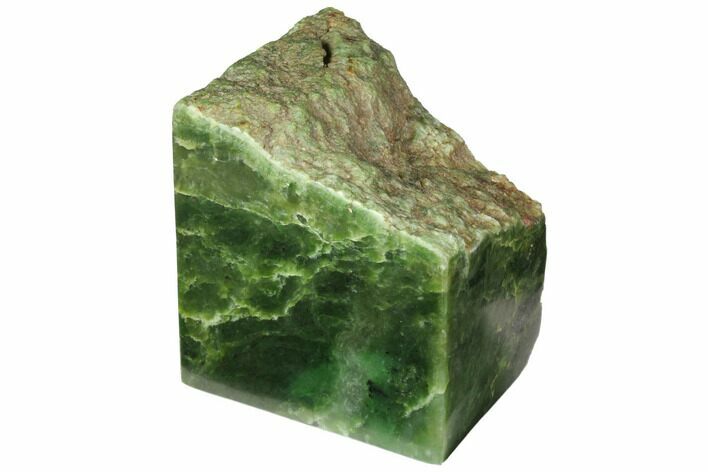 This is a stunning polished section of deep green jade var. nephrite. The jade was collected from the BC Jade Mine in Jade City, Canada. This section of jade has been cut flat on 5 sides and polished to a mirror-like finish. The unpolished portions of jade feature the natural surrounding rock formation and rough jade.

Jade City is a small town located in the Cassiar Mountain Range of northern British Colombia, Canada, just south of the Yukon Border. The town is small and has a population of about 35 people, most of which are employed by the Bunce family that runs the jade industry of Jade City. For over 40 years, this same family has been working these mountains, extracting nephrite jade and cutting/polishing the specimens in Jade City. The jade is then shipped all across the world in both its rough and polished form. In fact, roughly 90% of the jade on the world market is collected and supplied from northern British Columbia.

Much of the jade mined from the Cassier Mountains is processed in the tiny town of Jade City, BC


The popularity of the nephrite jade from this location resulted in Discovery Canada starting a reality tv show known as Jade Fever. This show follows this family and their mining efforts through the Cassiar Mountain Range.

Jade is a silicate mineral that is best known for its green varieties, the most common of which are jadeite and nephrite. Jadeite is a variety of jade that's primarily composed of silicon, calcium and magnesium while nephrite contains silicon, sodium and aluminum. For thousands of years, jade has been used for ornamental purposes and as tools due to its relative strength and durability.
SOLD
DETAILS
SPECIES
Jade var. Nephrite
LOCATION
BC Jade Mine, Jade City, British Columbia, Canada
SIZE
4.7 x 4.2 x 3.5"
CATEGORY
Polished Rocks & Crystals
SUB CATEGORY
Polished Jade
ITEM
#117632
SHIPPING
Shipping & Return Policy info. 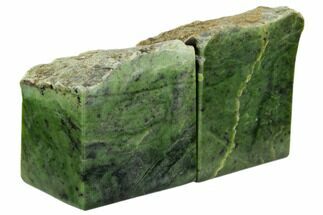 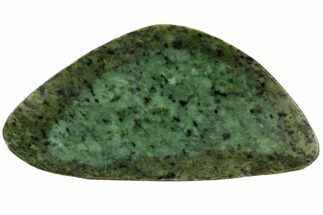 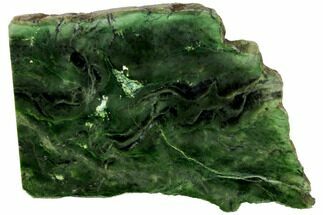 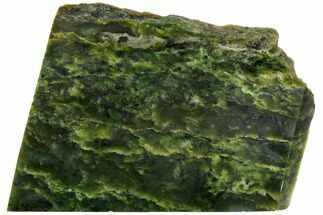 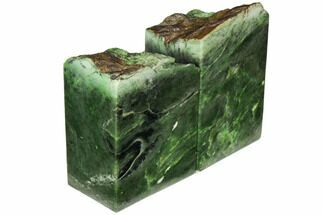