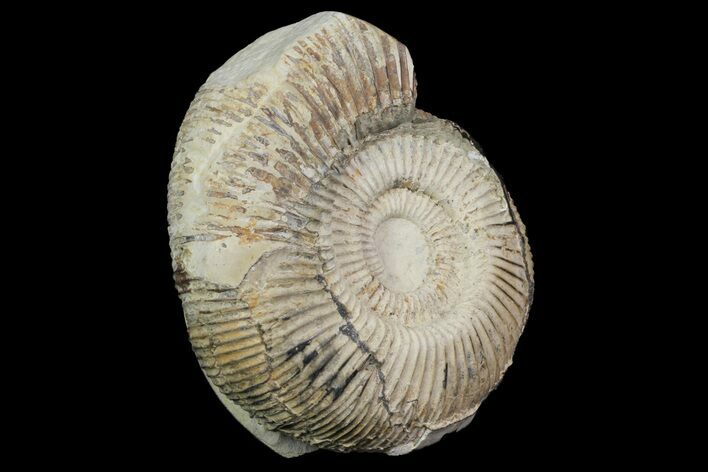 This is a 4.4" ammmonite (Perisphictes) on Septarian rock, from Betsiboka Region, Madagascar. The ammonite is in good condition with the calcite veins common to Septarian stone.

Ammonites were predatory mollusks that resembled a squid with a shell. These cephalopods had eyes, tentacles, and spiral shells. They are more closely related to a living octopus, though the shells resemble that of a nautilus. True ammonites appeared in the fossil record about 240 million years ago. The last lineages disappeared 65 million years ago at the end of the Cretaceous.

The cracks in the concretions are then filled in with minerals such as calcite (yellow) and aragonite (brown) and sometime pyrite causing the very interesting patterns, which have often been described as dragon's skin. They are frequently found as geodes with hollow, calcite crystal filled cavities. More rarely the fossils that originally started the formation of the concretion are still preserved in the septarian.
More about ammonites
SOLD
DETAILS
SPECIES
Septarian, Perisphinctes sp.
AGE
Middle Jurassic 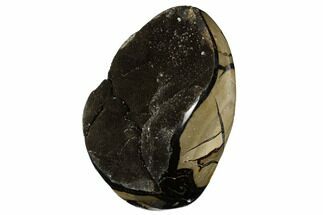