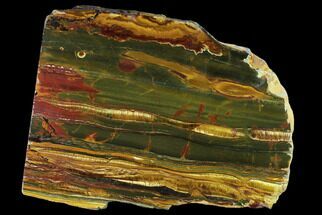 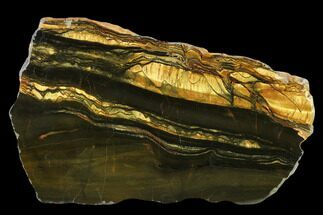 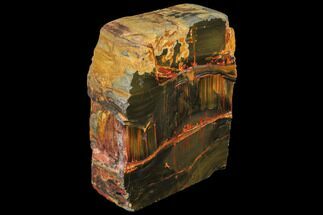 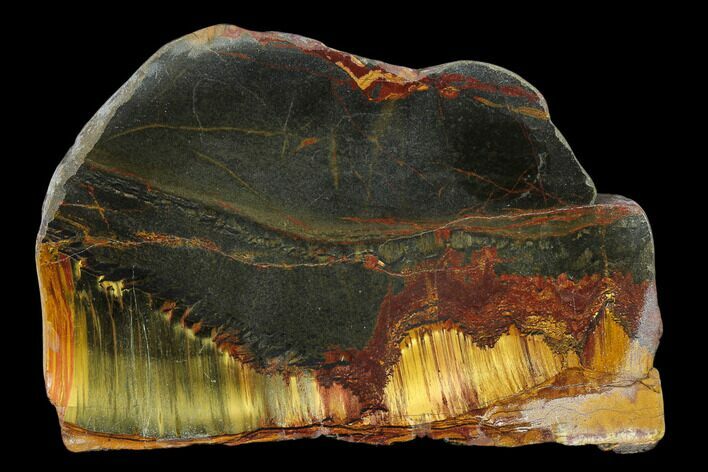 This is a gorgeous, 3.9" polished section of 2.7 billion year old Marra Mamba Tigers Eye From Mt. Brockman in Western Australia. One side has been cut flat and polished to a mirror-like finish. The opposite side has been left rough. 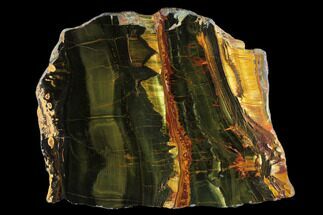 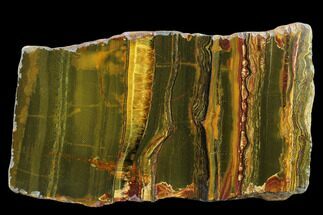 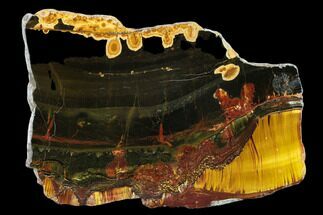 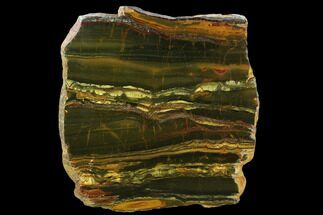 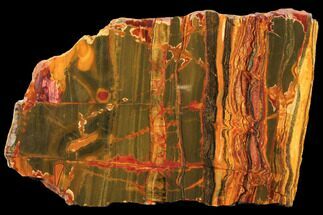 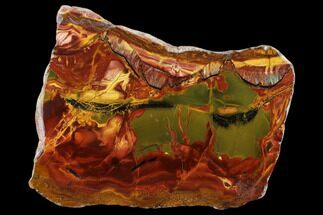