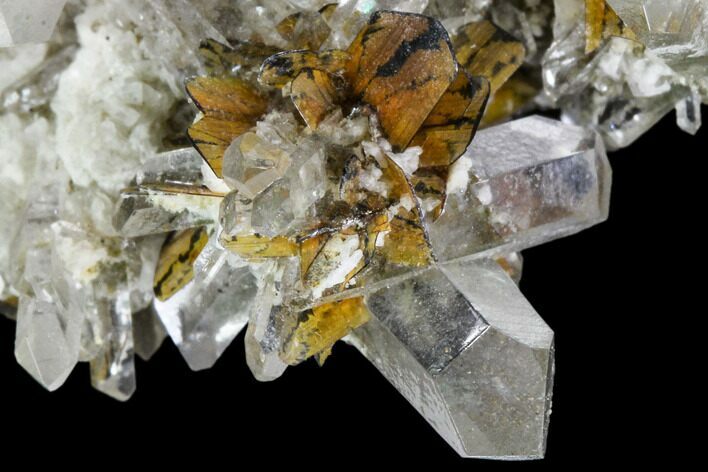 This specimen displays quartz crystals that formed in association with several brookite crystals. Most of the brookite crystals are thin, translucent and display the characteristic tornado-like structure at their center. Comes with an acrylic display stand to assist with presentation. 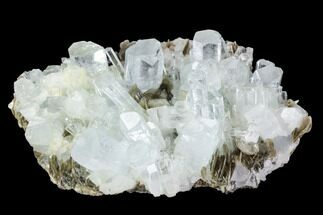 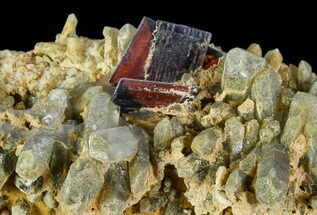 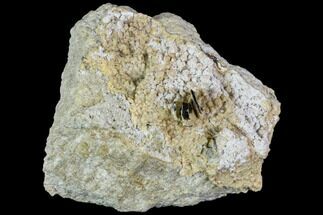 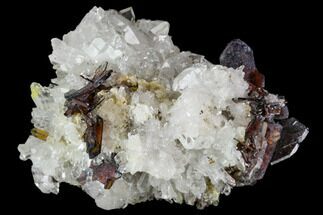