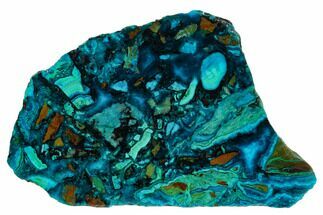 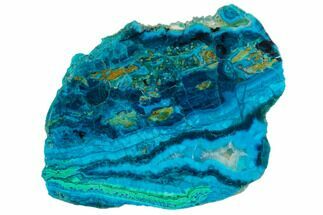 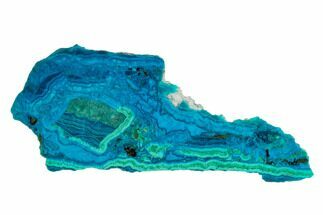 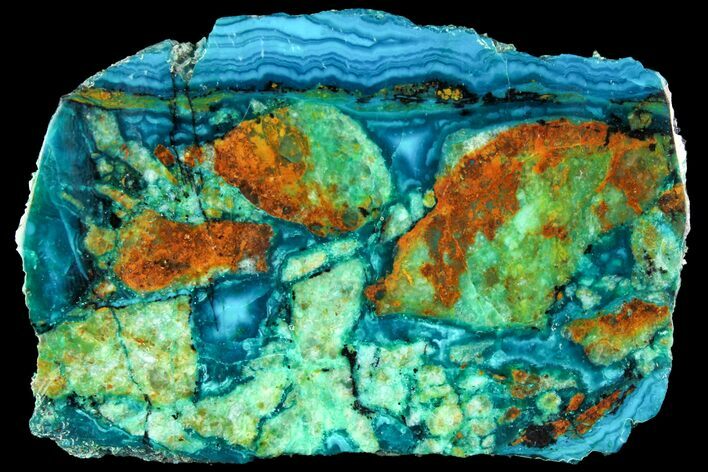 This is an brilliant, 2.6" wide slab of banded chrysocolla from the Bagdad Copper Mine in Arizona. It appears to have formed in a location of rock faulting. The chrysocolla worked its way through the brecciated rock and acted as a cementing agent between the fragmented rock pieces. Comes with a display stand. 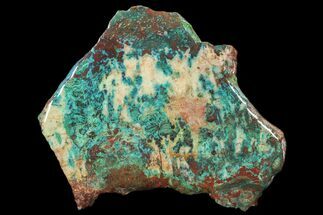 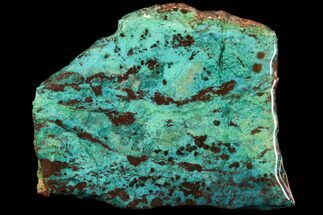 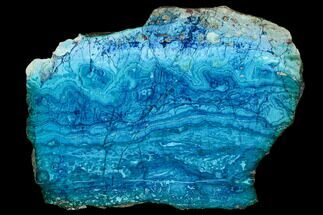 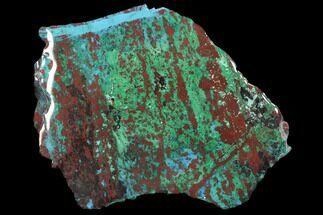