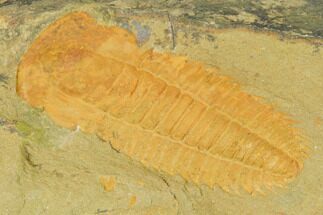 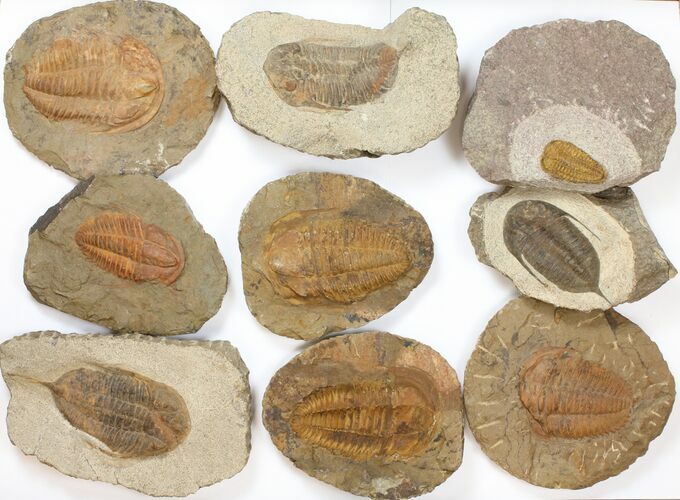 We just launched our new wholesale areas. Check out the wholesale fossils, minerals & crystals section for more listings. Very little of the wholesale inventory that we currently have in stock is listed on the website. If there is something specific you are looking for, or if you are looking to purchase different quantities, please contact us at [email protected] or (866) 550-2013
This is a wholesale lot of eight, assorted trilobite fossils including one that is a positive/negative pair.

Four of these are Middle Cambrian aged Hamatolenus trilobites from Jbel Wawrmast Formation near Tinjdad, Morocco. These range from about 2.3 to 3.3" long. One is a positive/negative split, one is a molt. There is some restoration on the cheek of the positive/negative split but the others don't appear to be restored.

Four of the trilobites are Ordovician age, probably from the Fezouata Formation of Morocco. Three are an unidentified dalmanitid, and one looks like it is probably Placoparia. Only one appears to have any significant restoration.

Trilobites were a very diverse group of extinct marine arthropods. They first appeared in the fossil record in the Early Cambrian (521 million years ago) and went extinct during the Permian mass extinction (250 million years ago). They were one of the most successful of the early animals on our planet with over 25k described species, filling nearly every evolutionary niche. Due in large part to a hard exoskeleton (shell), they left a excellent fossil record.
More About Trilobites
SOLD
DETAILS
SPECIES
Hamatolenus, Placoparia & Dalmanitid
AGE
Middle Cambrian & Ordovician 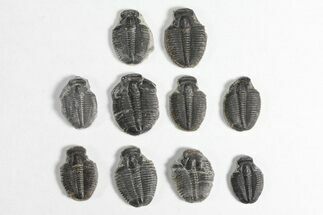 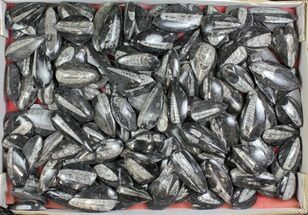