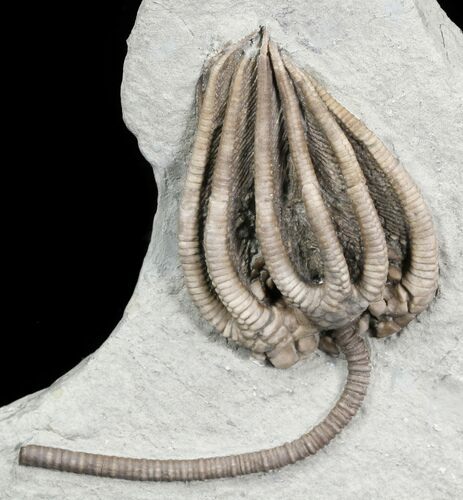 This is a great specimen of the crinoid Agaricocrinus americanus from the famous Witherspoon Quarry near Crawfordsville, Indiana. It's 4.3" long including the stem and the crown is 2.05". Agaricocrinus is one of the more desirable crinoids from this formation. It has been meticulously cleaned under microscope using air abrasives. 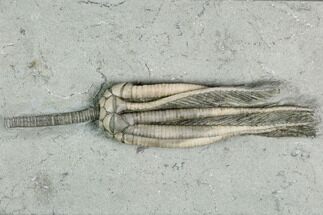