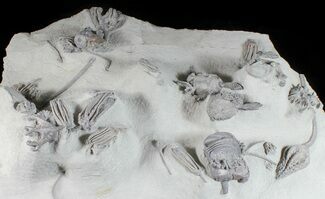 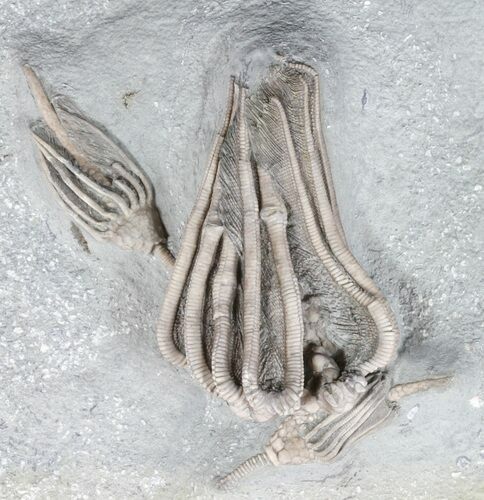 The Agaricocrinus is 3.2" long and the entire piece measures 5x5" square. The quality of preparation on this fossil is exquisite - using skillful air-abrasion techniques under a stereo microscope. Comes with a display stand. 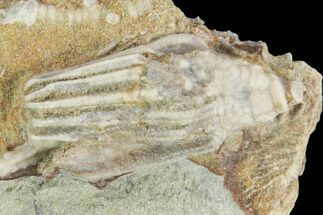 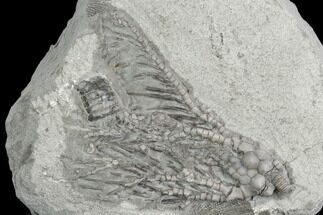