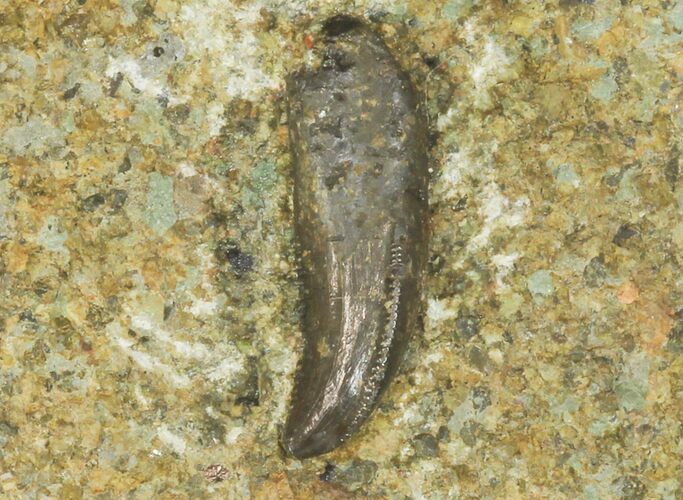 This is a rare, rooted, .67" long, fossil raptor tooth collected from the Two Medicine Formation this summer. It appears to come from the genus Saurornitholestes. It has nice enamel and serration preservation. It has been left partially embedded in the hard sandstone that it was found in. A very rare find. The rock measures 6.5 x 5.9".

Smaller theropods like Velociraptor typically did not use their teeth for killing and so their teeth are much smaller in size in relation to their skulls when compared to larger therapods that used their teeth as the primary killing tool.

Theropods from the Two Medicine Formation were quite abundant, especially the relatively small species. The largest of these theropods were the tyrannosaurids Daspletosaurus torosus and Gorgosaurus libratus. Where dromaeosaurids are concerned, Bambiraptor feinbergorum, Dromaeosaurus albertensis and Saurornitholestes langstoni species have been identified from this location. 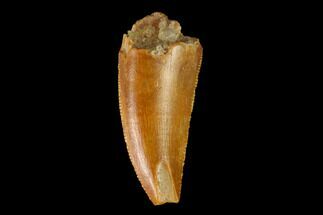 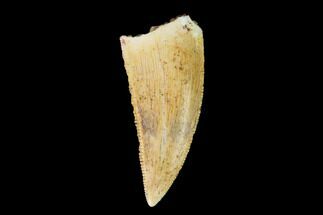 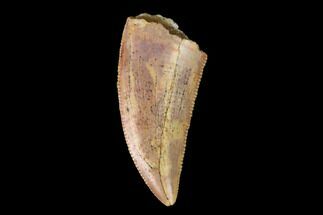 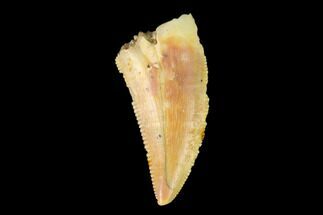 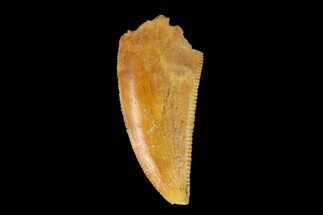 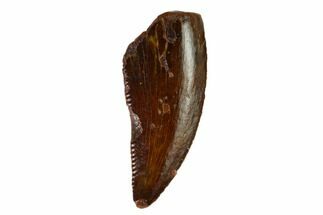