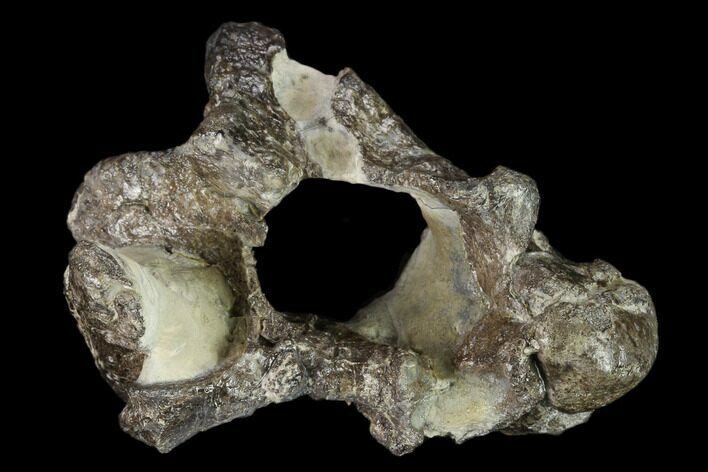 British dinosaur material is fairly hard to acquire and there is remarkably little of it on the market. This is a good piece with a nicely preserved vertebra of the ornithischian dinosaur Hypsilophodon foxii. It was collected from the Isle of Wight in England. The entire piece measures 2.5 x 1.9". It was found preserved in "exploded" fashion and has been left in the position it was found within the rock. The centrum has been glued back into place.

Hypsilophodon is an ornithischian dinosaur genus from the Early Cretaceous period of England.
The first remains of Hypsilophodon were found in 1849; the type species, Hypsilophodon foxii, was named in 1869. Abundant fossil discoveries were made on the Isle of Wight, giving a good impression of the build of the species. It was a small bipedal animal with an herbivorous or possibly omnivorous diet. Hypsilophodon reached up to 1.8 metres (5.9 ft) in length, weighed about 20 kg (45 lbs), and was an agile runner. It had a pointed head equipped with a sharp beak used to bite off plant material, much like modern day parrots.
SOLD
DETAILS
SPECIES
Hypsilophodon foxii
AGE
Cretaceous - Barremian Stage 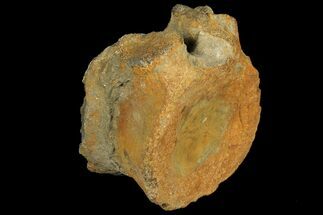 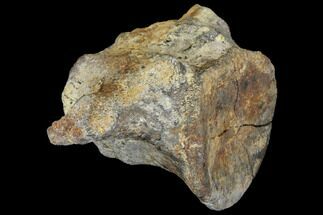