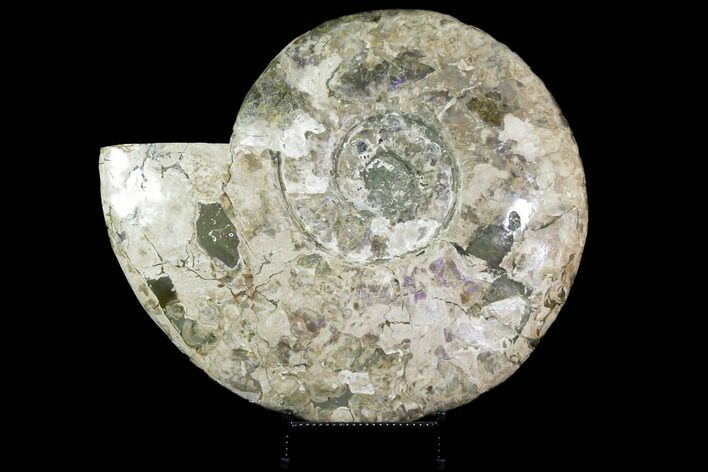 This an absolutely massive, 22.5" wide, polished ammonite fossil from the Mahajanga Province of Madagascar. We're not 100% certain of the genus, but it may be a supersized Cleoniceras. This giant ammonite weighs in at just under 60 lbs. About 90% of the shell is present on one side and about 70% on the other. In the areas where the shell is missing, the suture pattern underneath can be seen.

Comes with a metal display stand. 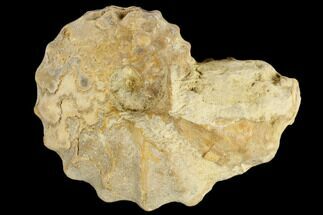 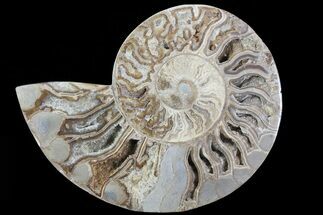 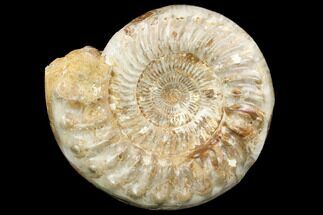 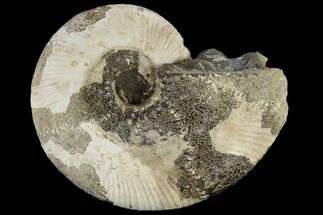