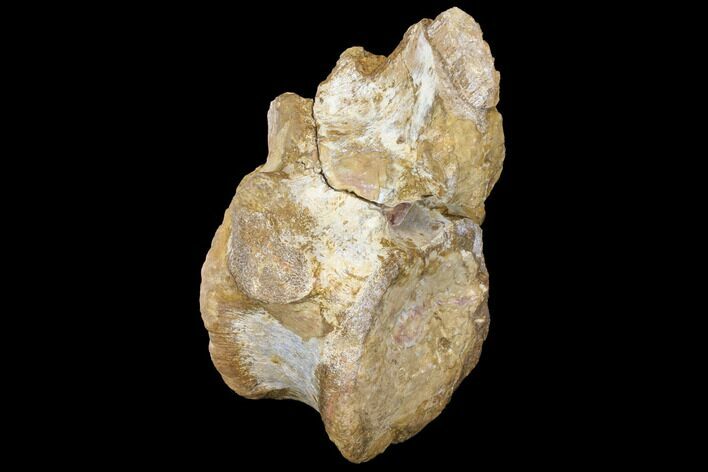 This is a 6.1" tall Iguanodon (Mantillisaurus atherfieldensis) vertebra from the Isle of Wight in England. Any British dinosaur material is pretty hard to find on the market and this is a beautiful piece. The spinous process broke free during fossilization, later to be found and repaired back to the centrum of the vertebra. Comes with an acrylic display stand.

An artists rendering of Iguanodon. By Nobu Tamura http://paleoexhibit.blogspot.com


Iguanodon is a large bi-pedal dinosaur which has the distinction of being only the second dinosaur formally named. It was a bulky herbivore which may have reached sizes of up to 40 feet in length. The name is derived from 'Iguana', a modern reptile, and 'don' meaning tooth. There was once thought to be two species of Iguanodon on the Isle of Wight, but one species has been moved off into another genus.
SOLD
DETAILS
SPECIES
Mantellisaurus atherfieldensis
AGE
Cretaceous - Barremian Stage (~130 Million Years)