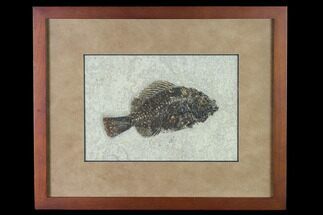 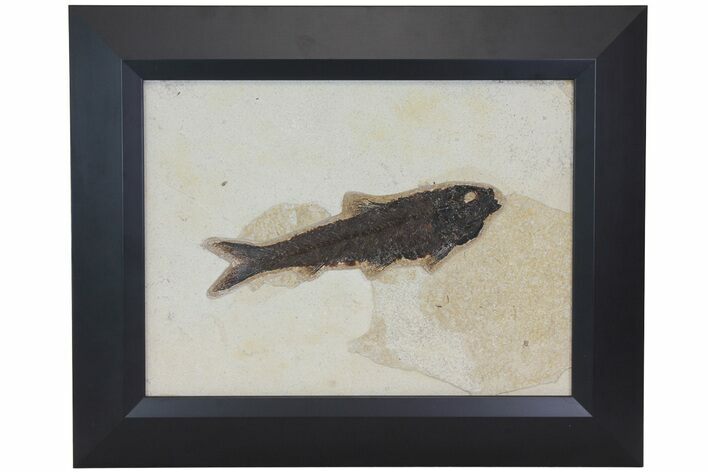 This is an 8.1" fossil herring (Knightia) from the Green River Formation, 18" layer, Kemmerer, Wyoming. It has great detail including fins, scales and backbone. It is beautifully mounted in a 15.75 x 12.75" frame for easy hanging.

This specimen comes from the 18" layer of the quarry which produces much darker colored fish with better preservation than the split fish layers. 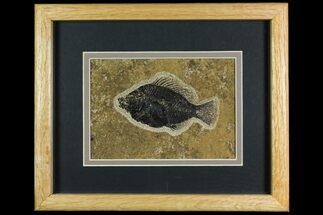