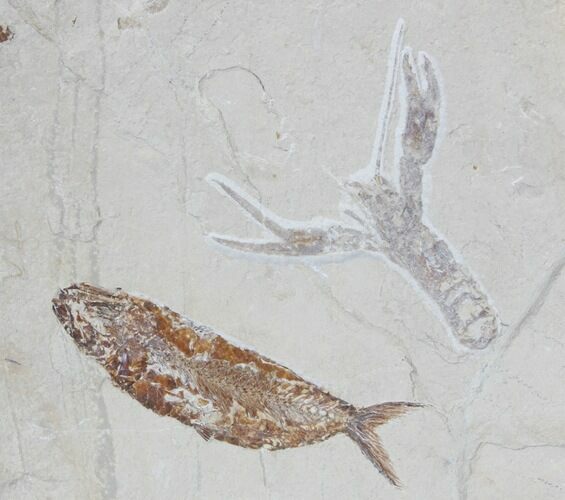 This is a natural association of a beautifully preserved lobster (Pseudostacus) and a fish (Nematonotus bottae). It comes from the Upper Cretaceous quarries near Haqil, Lebanon. The lobster is about 3.5" long and the fish 3.2", on a squared off 6.1x5.8" slab of limestone. There is one repaired crack in the slab but the fossils have not be restored. Just check out some of the detail in the closeup photos.

The discovery of amazingly preserved marine fossils near Haqil, Lebanon dates back many centuries. In fact they were first mentioned in writing by Herodotus, over 450 years before the birth of Christ. The first scientific work on these localities began in the 1800's and these deposits have been meticulously quarried by several Lebanese families for over a century. 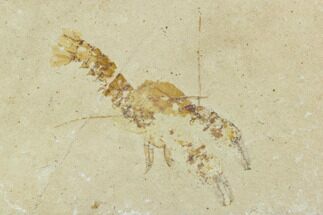 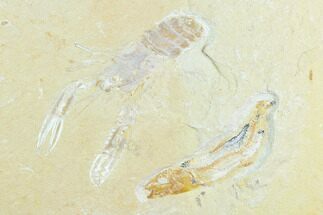