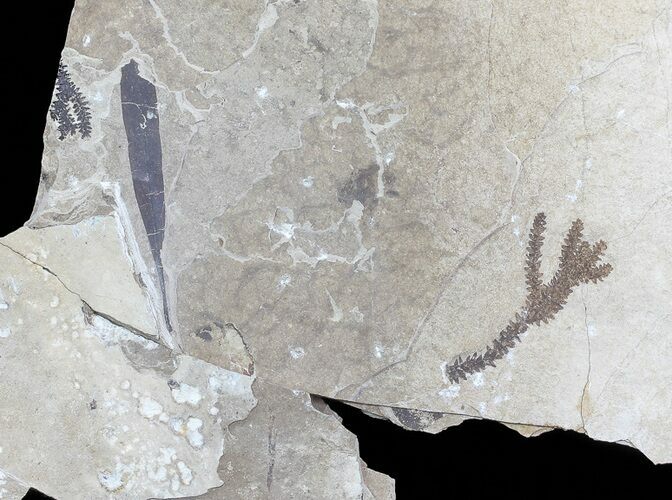 This is a unusual find, it's several well preserved fossil plants/leaves from the Upper Cretaceous marine deposits near Hakel, Lebanon. These deposits are known for their remarkable preserved fossil fish, but occasionally terrestrial plant fossils which got swept out to see can be found in them also. There are fossil leaves preserved on both sides of the large piece of shale.

The discovery of amazingly preserved marine fossils near Hakel, Lebanon dates back many centuries. In fact they were first mentioned in writing by Herodotus, over 450 years before the birth of Christ. The first scientific work on these localities began in the 1800's and these deposits have been meticulously quarried by several Lebanese families for over a century. We purchase our specimens directly from one of these families that have worked the quarries for generations. 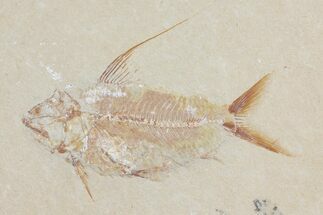