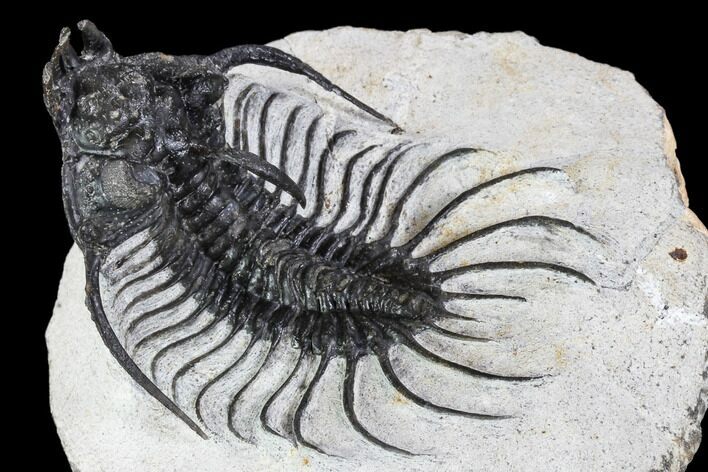 This is a spectacular specimen of one of my favorite species of trilobites, the very alien looking Quadrops flexuosa. This bizarre trilobite has a distinctive four-forked protrusion coming off of the front of its head which is where the genus gets its name.

This specimen is bargain priced because of the preparation is a bit rough and the tiny rows of spines which are free-stood in higher quality examples are missing. There is some touchups of scratches and dings from preparation. Because of these defects it is being offered at a price which is a fraction of a well-prepared specimen of the species.

Trilobites were a very diverse group of extinct marine arthropods. They first appeared in the fossil record in the Early Cambrian (521 million years ago) and went extinct during the Permian mass extinction (250 million years ago). They were one of the most successful of the early animals on our planet with over 25k described species, filling nearly every evolutionary niche. Due in large part to a hard exoskeleton (shell), they left a excellent fossil record.
More About Trilobites
SOLD
DETAILS
SPECIES
Quadrops flexuosa
AGE
Devonian 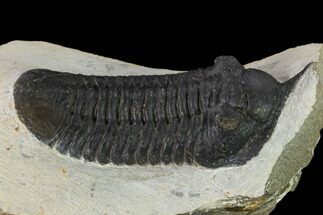 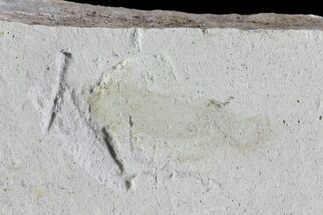 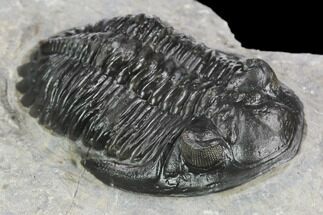 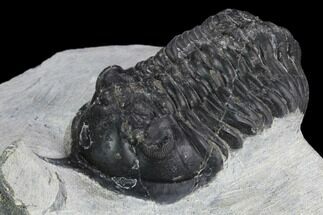