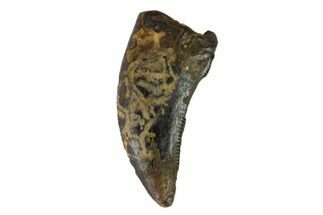 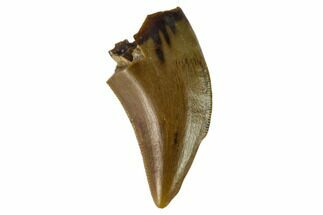 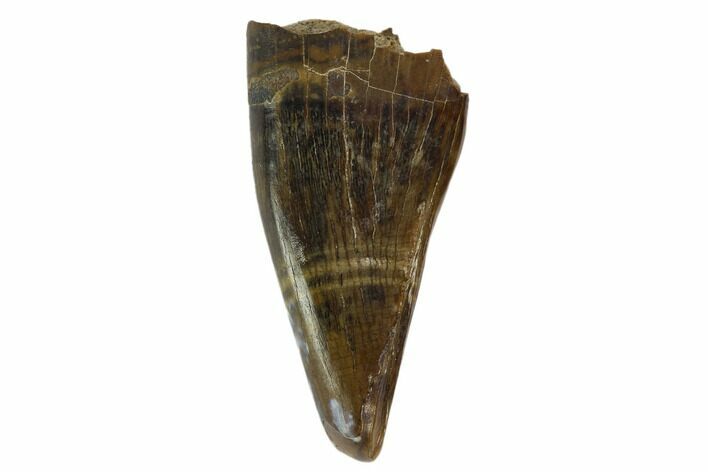 These oddly shaped teeth with two ridges located on the lingual side where originally described as Aublysodon more than a century ago based off of isolated teeth and jaw fragments. More recent discoveries of more complete Tyrannosaur skeletons from this formation has lead to the discovery that these teeth are actually the premaxillary teeth from juveniles of other Tyrannosaur species. 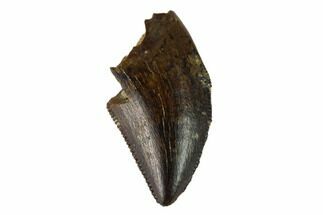 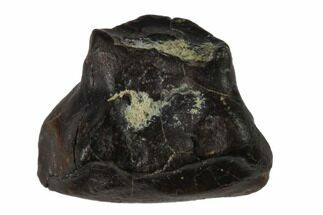 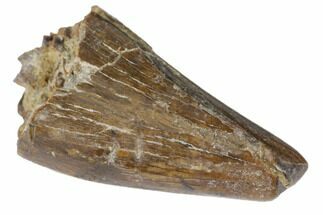 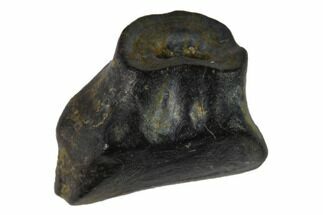 13.4" Fossil Hadrosaur (Brachylophosaurus) Dorsal Vertebra - Montana
$1,295
FossilEra & Coronavirus Shutdowns
Washington state has now joined over a dozen other states to put in place “shelter in place” or “stay at home” orders. While we agree this is the correct course of action, it will have a substantial impact on our business. It effectively shuts down much of our company for several weeks.