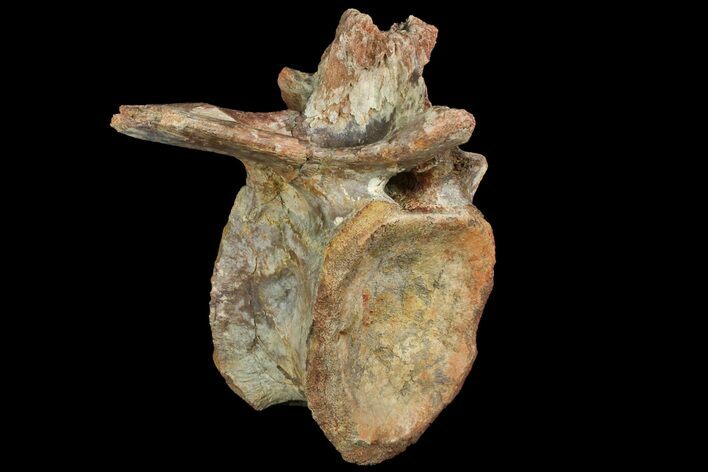 This is a 8.8" tall, fossil proximal-caudal vertebra of a theropod (likely Spinosaurus) from the Kem Kem Beds of Morocco. The preservation of this vertebra is quite nice, though many of the processes are broken and weathered. The spinous process broke away near its base and wasn't recovered. One of the articular facets on both the anterior and posterior sides of this vertebra remained intact, while the adjacent facet on each side weathered/broke away. There is a repaired crack and glue stabilization along the base of the largest, most complete transverse process. The centrum is weathered along its edges, as well as fractured in spots throughout the body. The pedicles and vertebral foramen remained intact!

3.4" Hadrosaur (Hypacrosaur) Caudal Vertebra with Stand -Montana
$325 $292
Our Black Friday Sale Has Begun!
Up To 30% Off Of All Items Sitewide
With Black Friday falling a week later on the calendar this year, we have decided to start our sale earlier. From now through Cyber Monday (Nov 30th) everything on our website is on sale. Be sure to check back often as hundreds to new listings will be added throughout the week.