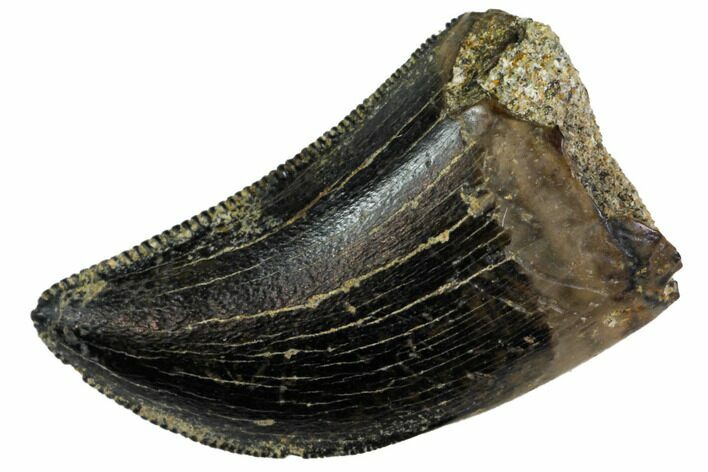 This is a .75" long theropod tooth from the Hell Creek Formation in Montana. The enamel preserved beautifully, as well as the serrations along both edges of the tooth. There is no indication of any repairs to this phenomenally preserved tooth. Comes with an acrylic display case. 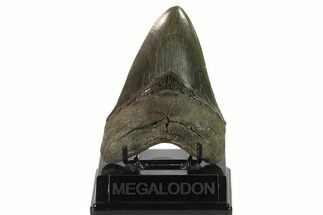