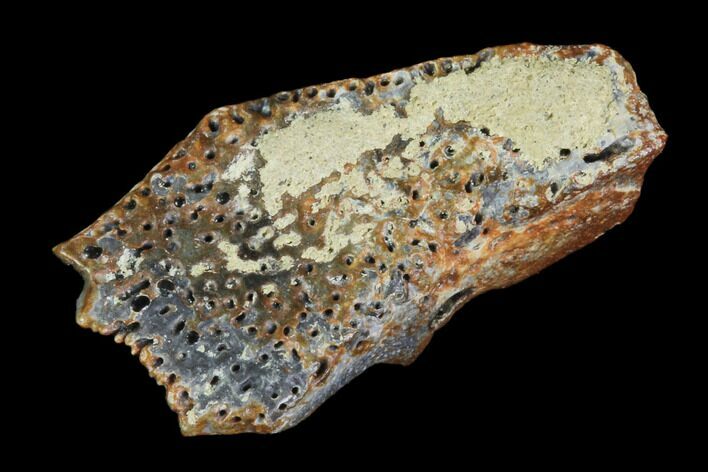 This is a .7" scute (armor plate) of Deinosuchus riograndensis from the Aguja Formation, Brewster County, Texas.

Deinosuchus whose name translates to "terrible crocodile" is an extinct alligator that lived during the Late Cretaceous. Deinosuchus would have been an apex predator of it's time, and fragmentary evidence indicates it may have reach absolutely gigantic sizes of up to 50 feet in length. Deinosuchus fossils have been found in 10 US states, including Texas, Montana, but more frequently along the east coast, though the western species grew much larger. It would have had a body shape fairly similar to modern crocodiles and likely preyed upon the dinosaurs present in it's habitat. It likely had a bite force far in excess of even T-Rex. 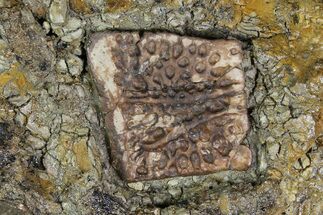