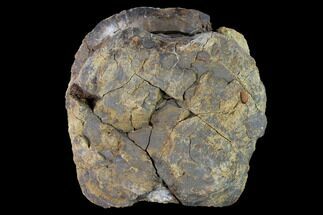 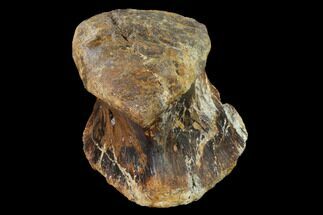 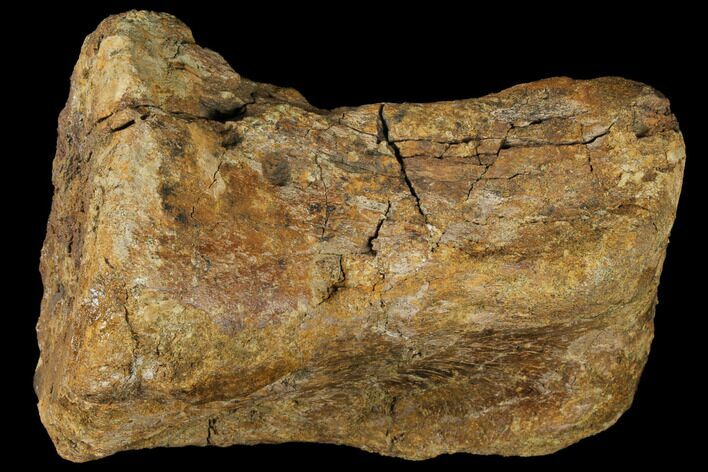 This is a large, 6.6" long toe bone from a Edmontosaurus annectens. Edmontosaurus is a type of Hadrosaur, commonly referred to as a "Duck-billed Dinosaur" It was collected from the Hell Creek Formation in Carter County, Montana. Whats especially unique about this toe bone is the bit marks across the superior portion of the bone. There are stress fractures throughout the bone, some of which have been repaired with glue. There is no restoration to the bone

Edmontosaurus had four digits with the second and third ending in unguals. An ungual is a highly modified distal toe bone which ends in a hoof, claw, or nail. Elephants have ungual phalanges, as did the sauropods and horned dinosaurs.

are frequently referred to as duck-billed dinosaurs and are members of the ornithischian family Hadrosauridae They were fairly common herbivores which roamed Asia, Europe and North America during the Upper Cretaceous Period. Many species of hardrosaurs had distinct crests on their head, some of which had air filed chambers that may have produced a distinct sound. These crests may have been used for both audio and visual display purposes.
View Jurassic World Fossils
SOLD
DETAILS
SPECIES
Edmontosaurus annectens
AGE
Late Cretaceous (~66 Million Years) 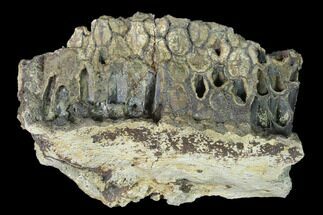