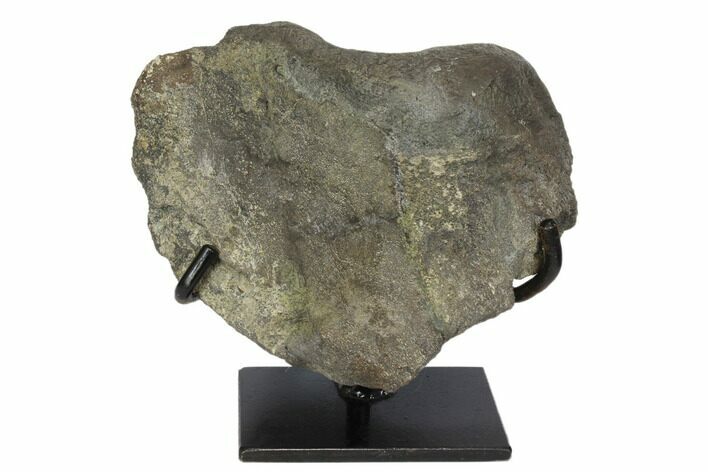 This is a gorgeous 6.5" wide Hadrosaur (Brachylophosaurus) astragalus bone from the Judith River Formation of Montana. It was found in pieces and required crack repair and gap fill restoration in several spots. One edge of this specimen required significant restoration where the bone crumbled and wasn't recoverable.