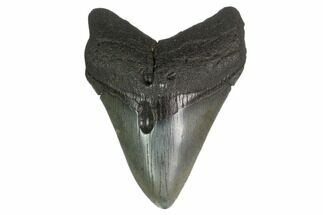 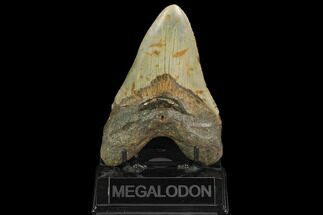 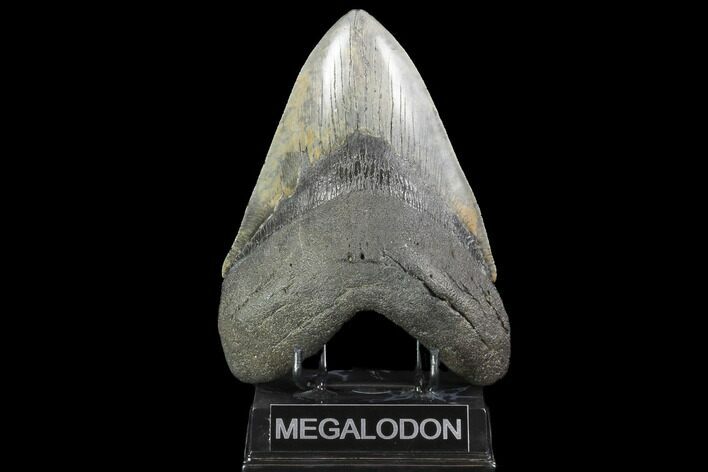 This is an absolutely massive, 6.37" long Megalodon tooth collected from a river in South Carolina. Megalodon teeth over 6" long are very rare, you will find hundreds of 5 inch teeth for every 6 inch tooth. A tooth this size would have come from a large adult, mega-shark in the 50+ foot size range.

The tooth is in nice condition all around and while the serrations are a bit worn they are mostly present. 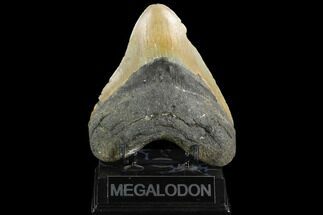