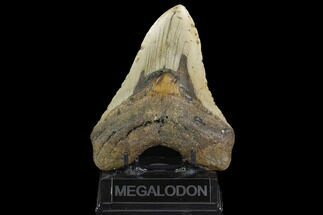 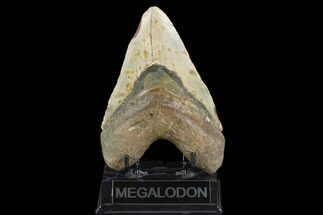 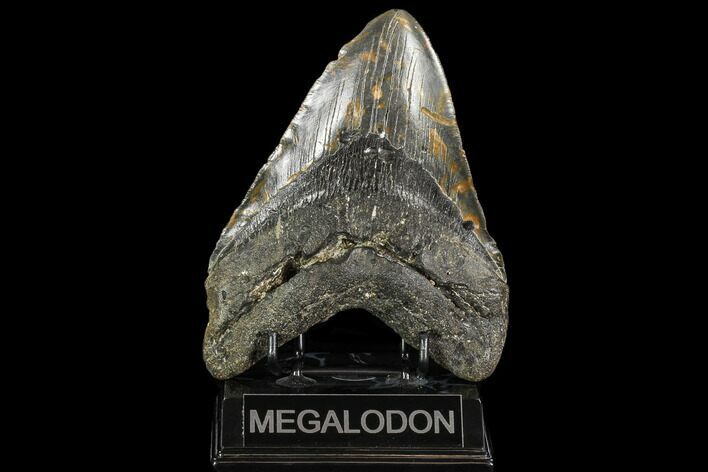 This is a massive, 6.05" long Megalodon tooth collected on the North Carolina coast. It was found by commercial divers collecting "the ledges" in about 100 feet of water. It would have eroded out of the Hawthorn Formation putting it's age in the range of 2.6 to 15 million years old.

6+ inch teeth are very rare to find complete and would have come from super-sized adult sharks in excess of 50 feet in length. As with basically all of the Megalodon teeth we sell there is no repair or restoration. This tooth retains most of it's serrations which is unusual for the ocean collected teeth from North Carolina. 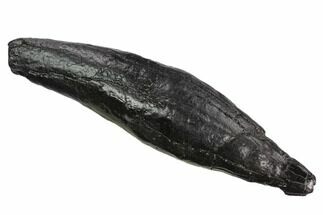 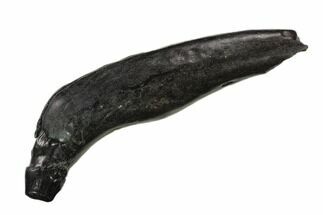 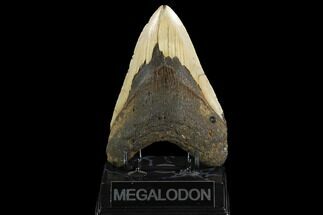 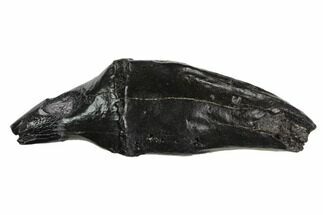 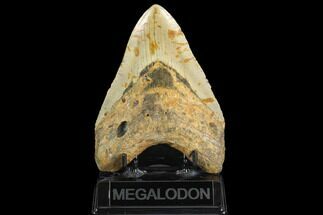