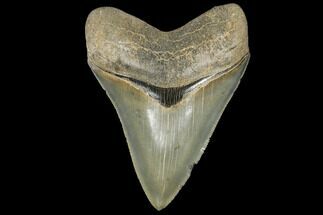 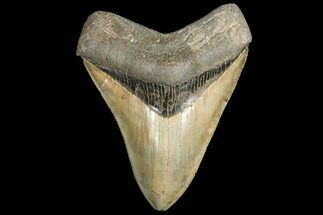 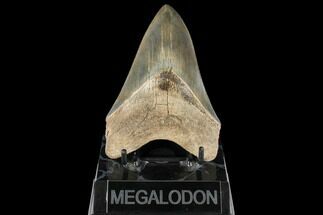 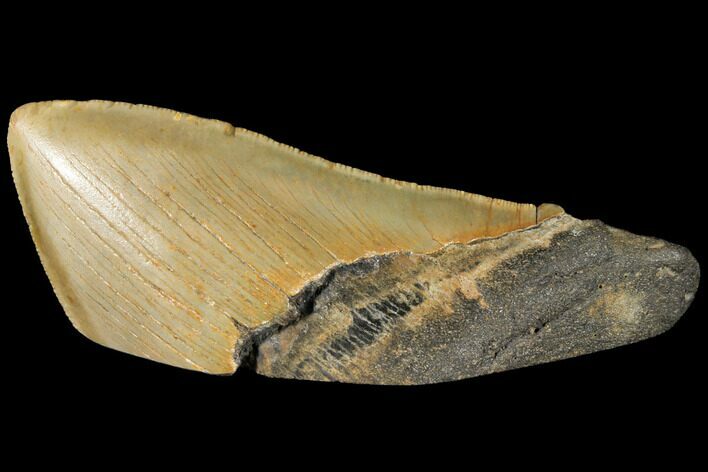 This is a partial, fossil Megalodon tooth collected from the Hawthorn Formation in North Carolina. Very often teeth are found broken down the middle and are much more common than finding complete unbroken teeth. We cut the side of the tooth flat, so that it stands up nicely on a flat surface, making it a very unique paper weight.

Given the size of this tooth, it would have come from a prehistoric, mega-shark in the 35+ foot size range. 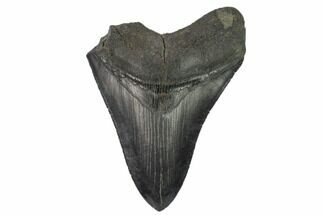 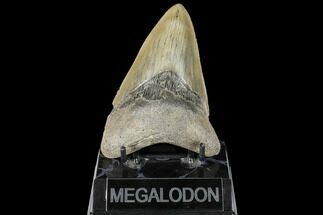 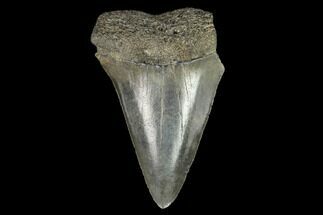 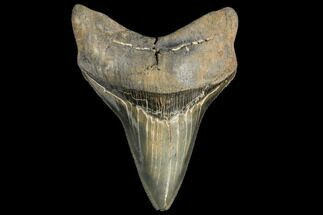