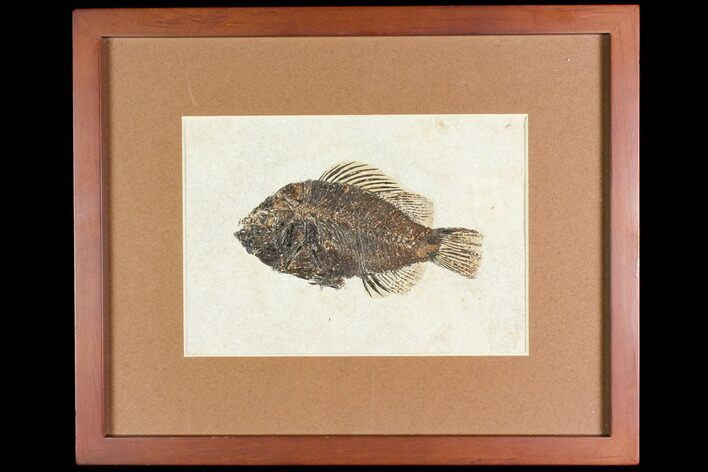 This is a fossil fish (Cockerellites) from the famous 18-inch layer of the Green River Formation. It's 4.8" long and is incredibly well preserved on a slab of shale that has been framed for easy hanging and display. It beautifully shows bone and fin rays.

A view of the 18 inch layer of the Green River Formation at the Lindgren quarry near Kemmerer, Wyoming. 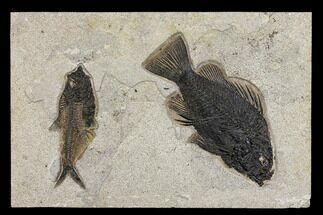