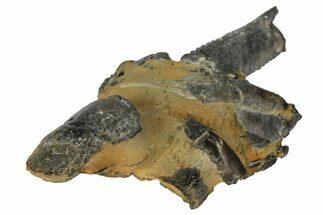 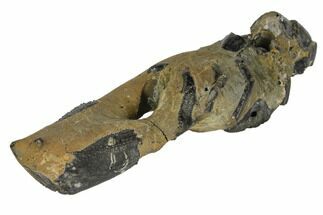 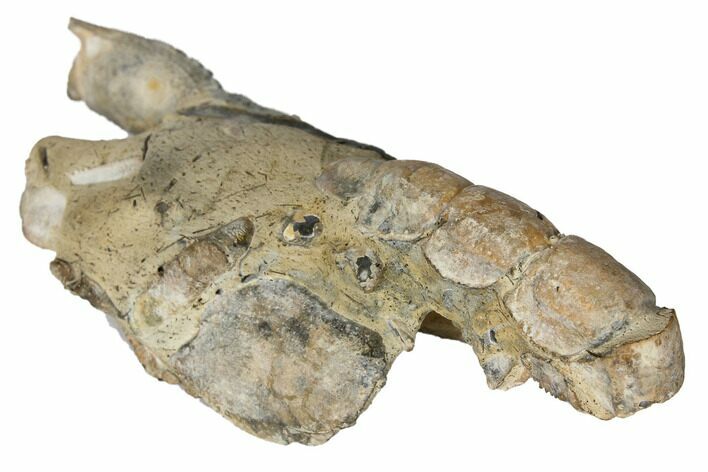 This is a 4.4" long, fossil mud/mangrove lobster (Thalassina anomala) collected from Gunn Point in Australia. The carapace, tail scales, and right claw are visible. 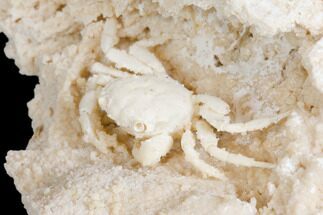 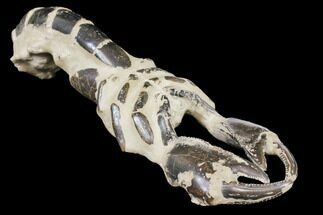