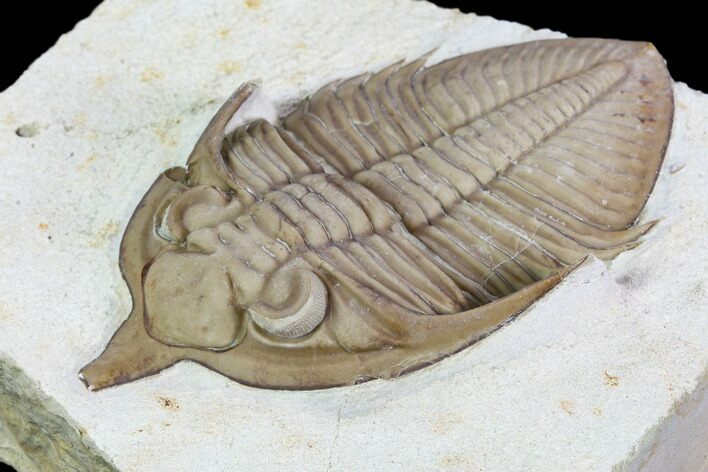 This is a beautiful, caramel colored, 3" long Huntonia huntonensis from the famous Black Cat Mountain quarry near Clarita, Oklahoma. This is one of the more uncommon species, and maybe a half dozen good specimens are found in a full season (100+ days) of digging at the quarry. This specimen is fairly large for the species. The tail is off the rock and the tip of the right genal spine is missing, hence the bargain price.

Trilobites were a very diverse group of extinct marine arthropods. They first appeared in the fossil record in the Early Cambrian (521 million years ago) and went extinct during the Permian mass extinction (250 million years ago). They were one of the most successful of the early animals on our planet with over 25k described species, filling nearly every evolutionary niche. Due in large part to a hard exoskeleton (shell), they left a excellent fossil record.
More About Trilobites
View All Black Cat Mountain Trilobites For Sale
FOR SALE
$345
DETAILS
SPECIES
Huntonia huntonensis
AGE
Lower Devonian 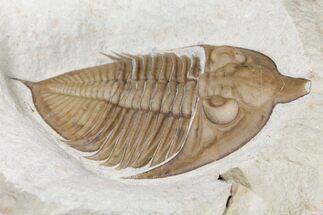 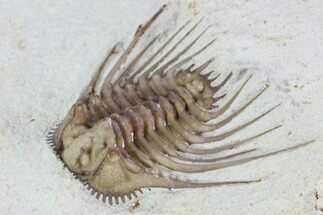 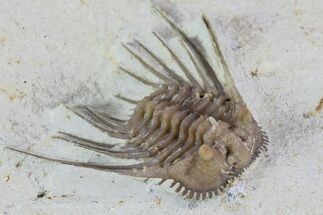