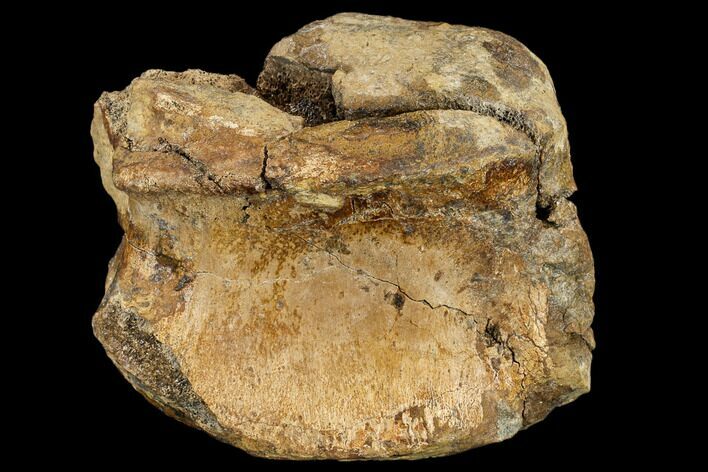 This is a 3.9" long Hadrosaur (Edmontosaurus) vertebra section from the Hell Creek Formation in Harding County, South Dakota. It is one half of the centrum (body of the vertebra) It is likely that this vertebra is from the base of the tail. There are a number of repaired cracks on this specimen. 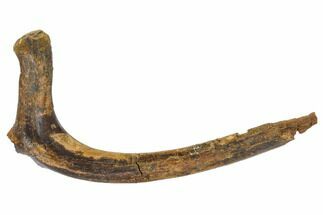