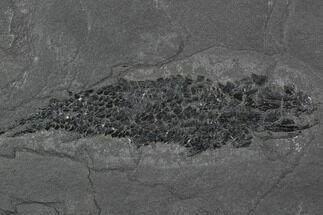 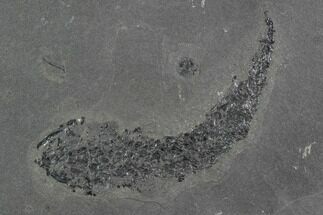 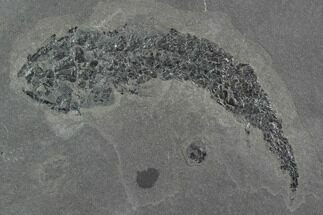 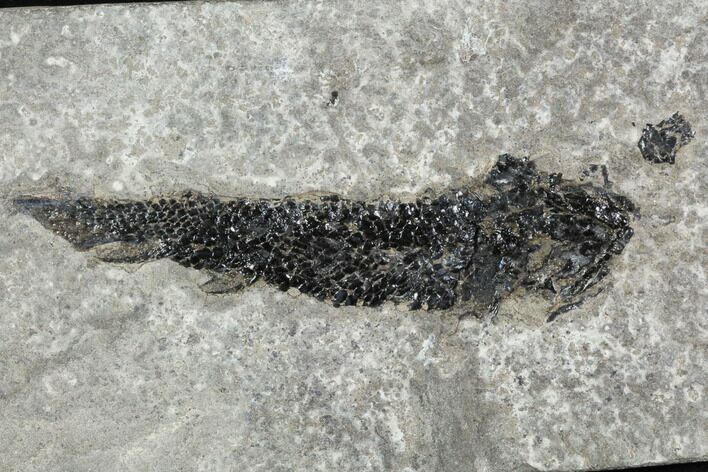 This is a 3.7" long specimen of the Devonian "Lobed-Fin" fish, Osteolepis panderi. It was collected from the Upper Caithness Flagstone Group in Caithness, Scotland. Sections of the fish appear to have flaked off and been remounted back onto the rock. Some portions of the scales are missing, hence the reduced price.

Osteolepis ('bone scale') is an extinct genus of lobe-finned fish from the Devonian period. It lived in the Lake Orcadie of northern Scotland. Osteolepis averaged about 20 cm (7.9 in) long, and covered with large, square scales. The scales and plates on its head were covered in a thin layer of spongy, bony material called cosmine. This layer contained canals which were connected to sensory cells deeper in the skin. These canals ended in pores on the surface, and were probably for sensing vibrations in the water.


Osteolepis was a rhipidistian, having a number of features in common with the tetrapods (land-dwelling vertebrates and their descendants), and was probably close to the base of the tetrapod family tree. 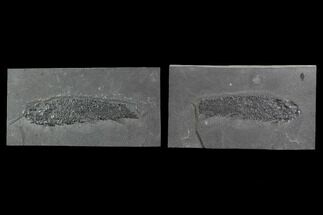 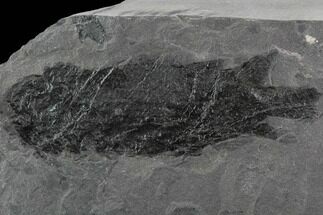 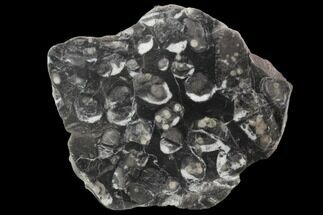 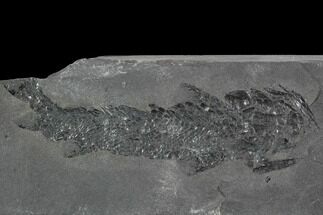