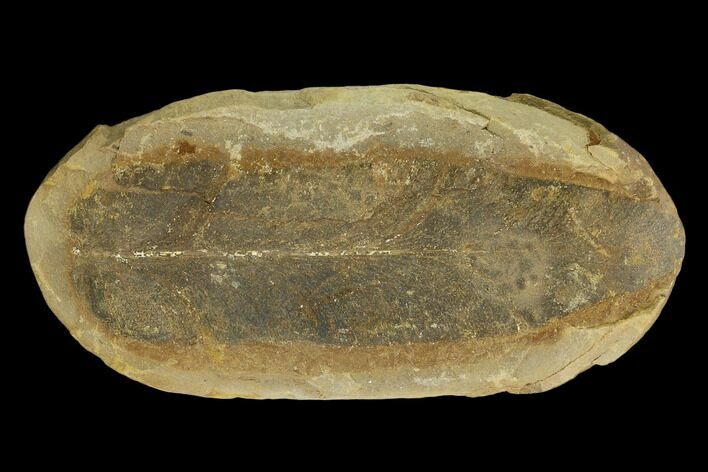 This is a 3.2", fossil fern (Macroneuropteris) leaflet from the Carbondale Formation, Coal City, Illinois. It is preserved inside an ironstone nodule associated with the famous Mazon Creek Lagerstätte. Under magnification the detail of this specimen stands out. Both the positive (convex) and negative (concave) sides of the fossil are included. One side of the nodule has a repaired crack.

Macroneuropteris is genus of seed ferns, extinct species of fern that reproduced from seed as opposed to sporophyte reproduction of most modern ferns.