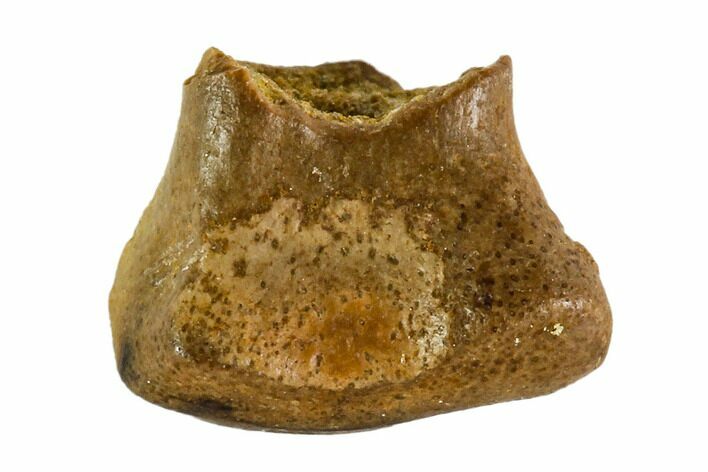 This is a .27" tooth from either an Ankylosaur or a Nodosaur. It was collected from the Judith River Formation, Montana. It's heavily weathered so there isn't enough diagnostic details left to determine which it is.

An artists reconstruction of an Ankylosaur. Image Public Domain by Mariana Ruiz


Ankylosaurs were herbivorous dinosaurs that lived during the Cretaceous and evolved complete body armor covered in plates, scutes and spikes. They wielded a massive tail club which could have been used to defensive purposes against predators such as Tyrannosaurs. Adult Ankylosaurs are believed to have reached up to 25 feet in length.