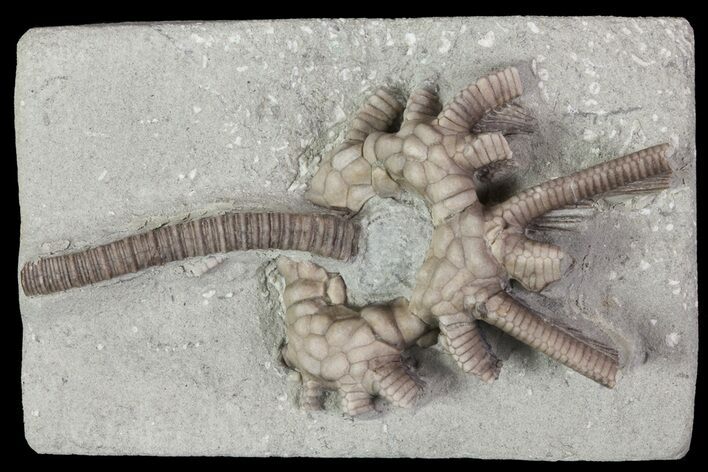 This is a rare, 2.8" long Agaricocrinus nodulosus crinoid fossil from the famous crinoid beds near Crawfordsville, Indiana. It's preserved very 3D and well prepared using air abrasives under microscope. 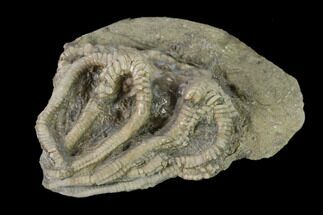