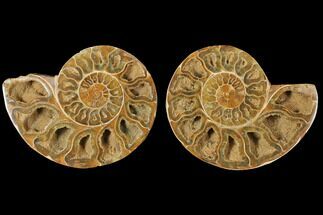 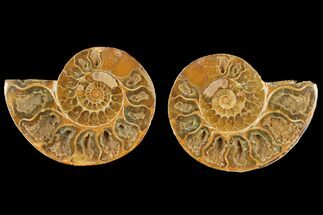 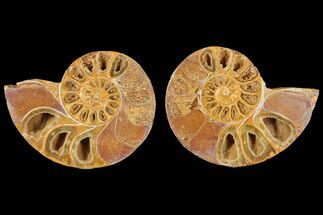 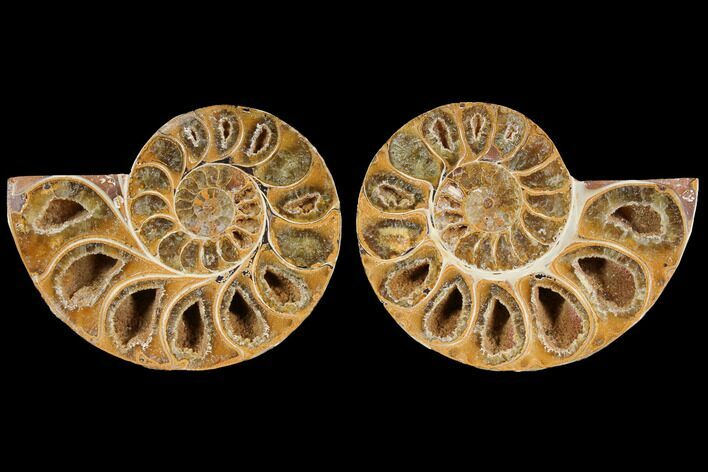 This is a 2.7" cut and polished, Jurassic aged, ammonite fossil collected in the Tulear Province of Madagascar. Most of the cut and polished ammonites that you see from Madagascar are Cretaceous in age, but these ones with a orange/yellow/pink coloration are are Late Jurassic (Oxfordian Stage) in age, nearly 50 million years older. There are a number of species/genus of Phylloceratida ammonites from this location which look very similar, this one appears to be Ptychophylloceras.

The previously hollow chambers of the ammonite were replaced with a beautiful agate during the fossilization process. Some of these chambers are still partially hollow and lines with druzy crystals. The ammonite was cut in half and polished revealing the inner chamber structure of this ancient, marine animal. Both halves are included and they come with a pair of display stands. 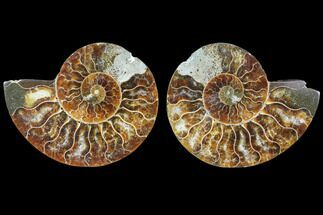 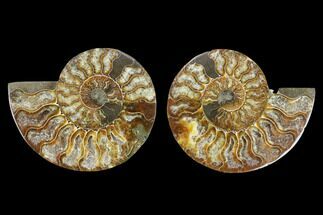 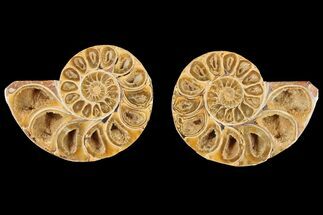 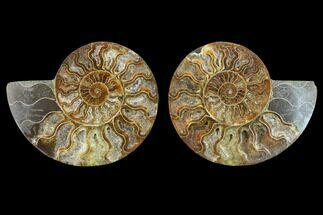 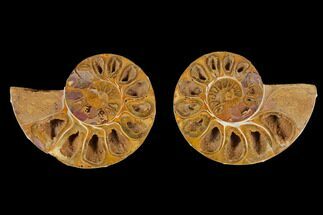 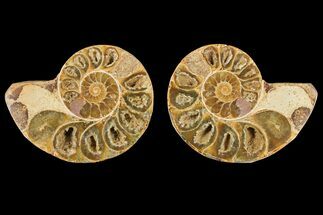 3" Cut & Polished Agatized Ammonite Fossil (Pair)- Jurassic
SOLD
SOLD
FossilEra & Coronavirus Shutdowns
Washington state has now joined over a dozen other states to put in place “shelter in place” or “stay at home” orders. While we agree this is the correct course of action, it will have a substantial impact on our business. It effectively shuts down much of our company for several weeks.