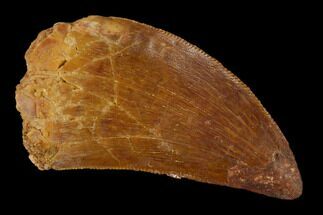 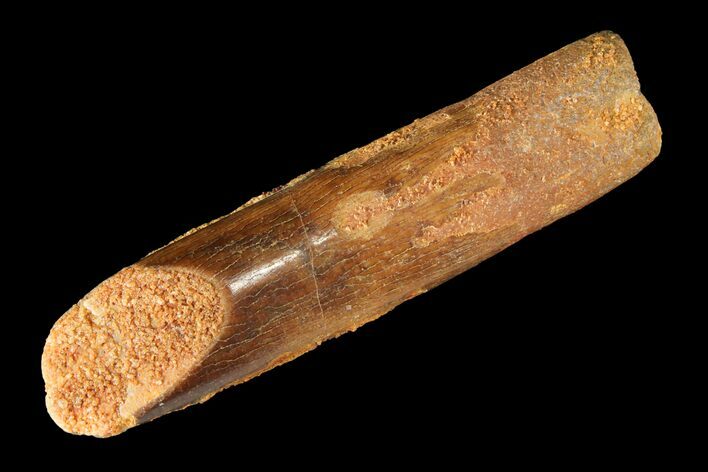 This is a beautifully preserved, 2.19" long tooth of the large Moroccan diplodocid, Rebbachisaurus garasbae. It displays the distinctive, chisel shaped wear pattern frequently seen on teeth of these sauropods. It comes from the Late Cretaceous, Kem Kem of Morocco, home to such meat eating giants as Spinosaurus and Carcharodontosaurus. This particular specimen has a partial root still attached which is unusual. There are two repaired cracks in the tooth. 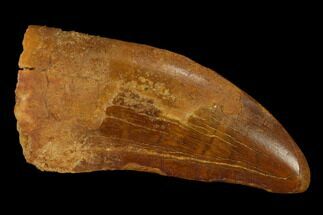 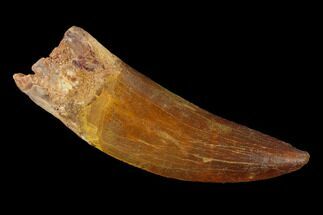 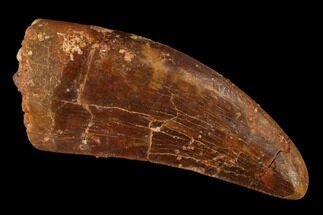