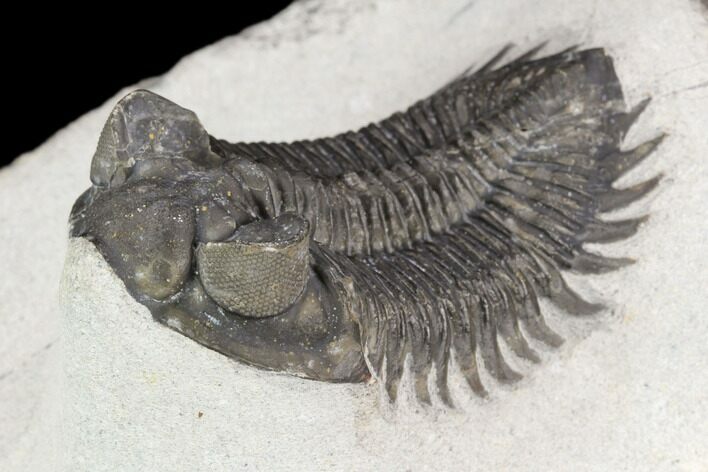 This is a 2.05" long" long, bug-eyed, Coltraneia trilobite with amazing "tower eyes" full of hundreds of eye facets. The species has often been referred to as a Treveropyge in the past. It was quarried at Ofaten Mountain, Morocco.

Trilobites were a very diverse group of extinct marine arthropods. They first appeared in the fossil record in the Early Cambrian (521 million years ago) and went extinct during the Permian mass extinction (250 million years ago). They were one of the most successful of the early animals on our planet with over 25k described species, filling nearly every evolutionary niche. Due in large part to a hard exoskeleton (shell), they left a excellent fossil record.
More About Trilobites
FOR SALE
$175
DETAILS
SPECIES
Coltraneia oufatenensis
AGE
Middle Devonian 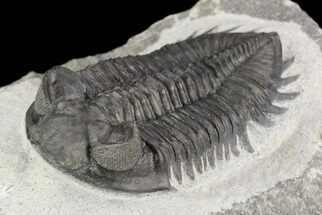 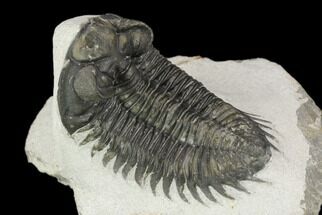 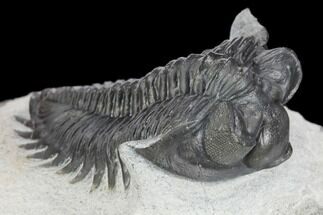 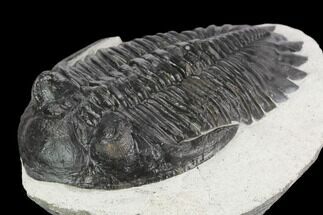 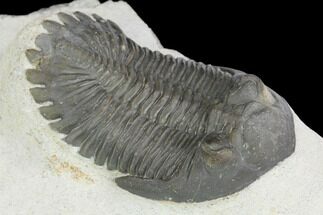