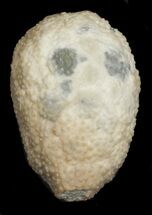 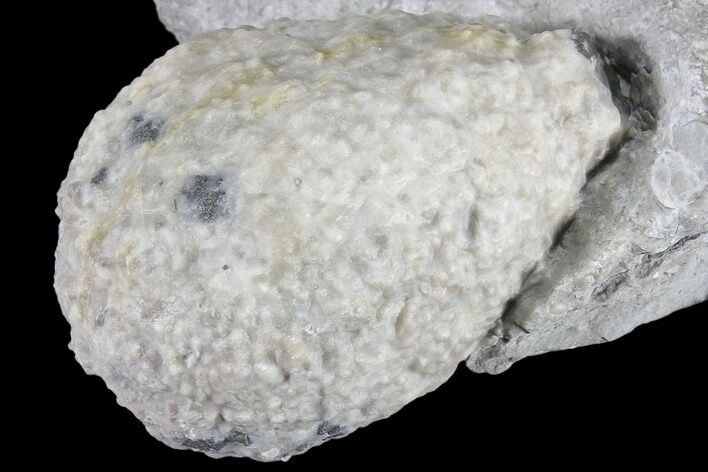 Here is a nicely prepared Silurian aged cystoid, Holocystites. It comes from the Osgood Shale in Indiana. Cystoids are an extinct echinoderm (same Phylum as starfish, urchins, etc) that attached themselves to the see floor by stalks.

Cystoids resembled flowers but were in fact, animals. They had a stem that attached them to the seafloor, a theca, and brachials. The theca contained the vital organs of the Cystoid and was made up of calcite plated that formed a spherical or ovate body. The brachials were the feeding arms that extended from the top of the theca. These arms were arranged in three or five fold symmetry and funneled food to the mouth at their center. Cystoids and crinoids look similar but have some distinct differences. The main difference is in the shape of the main body of the organisms. Cystoids had a spherical or ovate theca, while crinoids had a cup shaped calyx. Cystoids also have triangular plates at body openings while crinoids had variably shaped plates.
SOLD
DETAILS
SPECIES
Holocystites sp.
AGE
Silurian 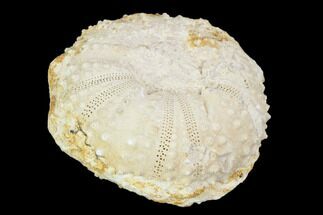 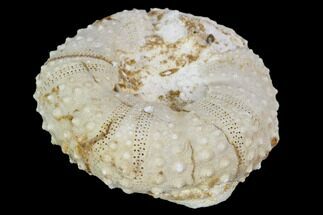 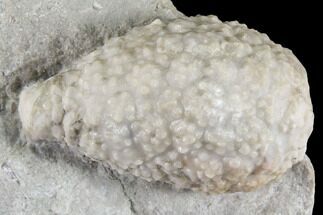 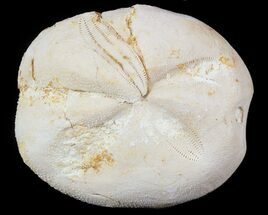