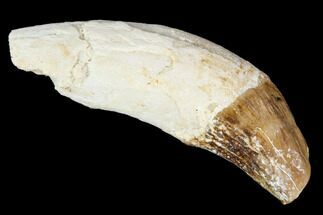 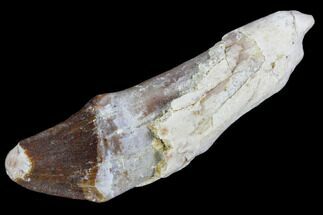 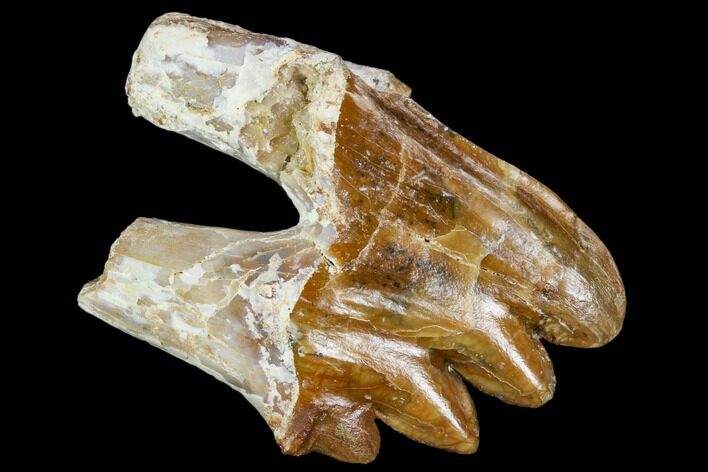 This is a fossil tooth of an Eocene aged, primitive whale (Basilosaur) from the Samlat Formation, Southwest Morocco. This tooth is a molar . The ends of the roots are missing and there is a crack repair on one of the root lobes.

Basilosaurids could reach gigantic sizes with some species reaching nearly 60 feet in length. It is believed that they fed on fish, sharks, and sea birds. They had teeth optimized for catching and chewing prey. The front teeth in the jaw were pointed for catching and holding fish while they had very uniquely shaped, double rooted molars for chewing.


The Middle to Late Eocene formations of Southwestern Morocco contains a diverse fauna of Basilosaurs including more than half a dozen described species of the genus' Dorudon, Stromerius, Saghacetus, Eocetus, Platyosphys and Basilosaurus. Fossil teeth are nearly identical between Basilosaur species, so other than using tooth size, and exact horizon the teeth were collected from (which is not known) to narrow down the species, there is no way of assigning isolated tooth to a specific species. These teeth have often been labeled as the genus Zygorhiza in the past, but based on new research into the archaeocete faunas of Morocco it does not appear this genus is found there.

Several papers on the Basilosaurs of Southwestern Morocco can be found below.

Stomach contents of the archaeocete Basilosaurus isis: Apex predator in oceans of the late Eocene 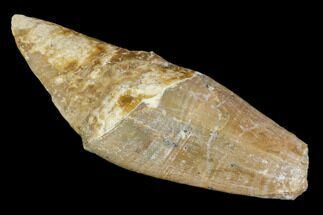 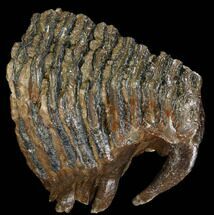 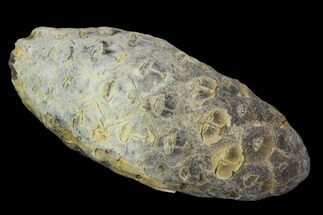