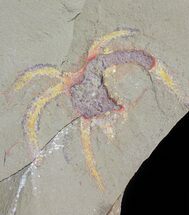 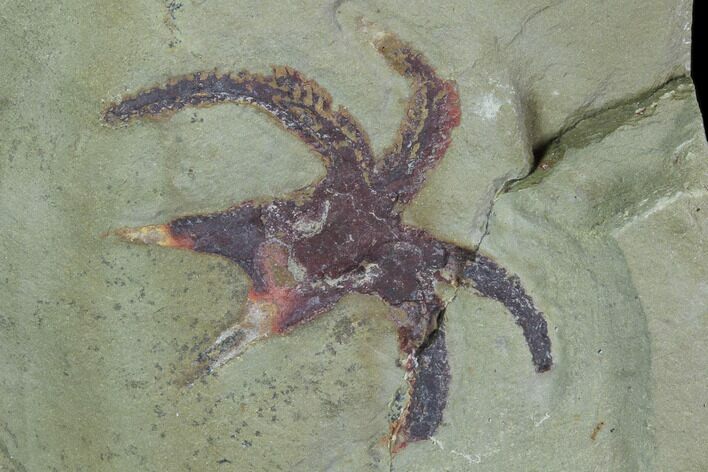 Here’s a rare and well preserved fossil from the Upper Fezouata Formation (Floian stage) of Morocco dated 477.7 ± 1.4 to 470.0 mya - Furca mauretanica, was a soft bodied “marrellomorph” arthropod - somewhat similar to the much more common fossil, Marrella splendens, from the middle Cambrian (Burgess Shale) of Canada. It is also related to Mimetaster hexagonalis from the Devonian (Bundenbach Slates) of Germany.

This formation was first identified in the late 1990s when a local Moroccan fossil collector, Ben Moula, showed some of his personal finds to a PhD student, Peter Van Roy, who was doing paleontological research in the area around Oed Draa.
These recent findings, representing a unique and highly diverse soft-bodied fauna were first published in Nature (#465 January 2010)

Only a handful of these bizarre arthropod fossils have been unearthed in the layers of siltstone by Morrocan diggers - there is no repair or restoration to this specimen. It consists of both part and counter part and exhibits fine detail and natural coloration. Furca mauretanica was characterized by by a broad head shield with three pairs of appendages covered with prominent spines: front (anterolateral), side (mediolateral) and rear (posterolateral). These features are clearly seen on this finely preserved example.

A paper on these aglaspids can be found at the link below. 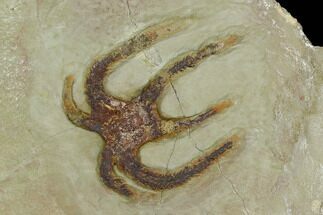 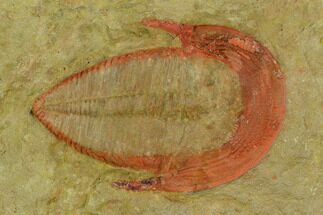 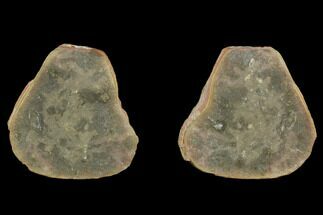 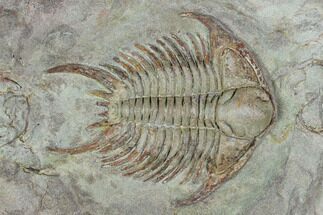