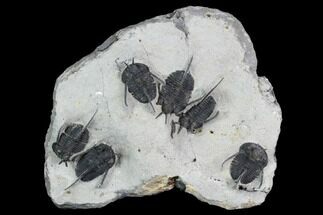 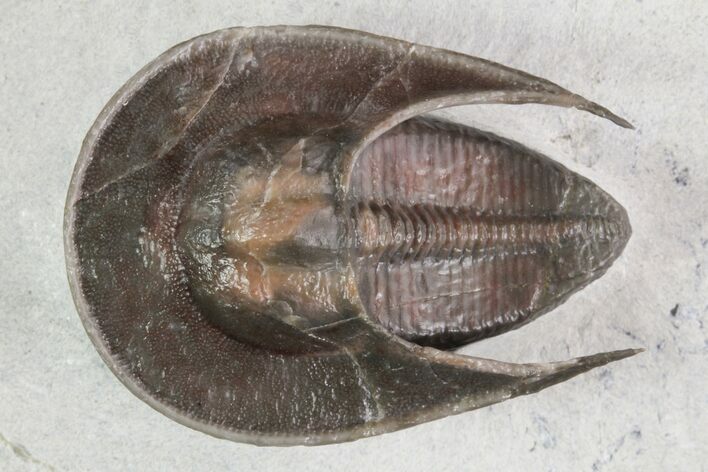 This is an aesthetic example of the recently described Harpes hamarlaghdadensis from Jorf, Morocco. This striking harpid trilobite is 1.5" long and has been prepared so that it flies above the rock with both genal spines free standing. The rock here is very chert-like with a glassy appearance. The shell is translucent so the trilobites tend to take on the coloration of the underlying rock, leading to very uniquely preserved specimens.

This new species closely resembles Harpes perradiatus found at at the slightly older rocks near Hmar Laghdad, but was described as a new species in the paper below.

Trilobites from the Red Fauna (latest Emsian, Devonian) of Hamar Laghdad, Morocco and their biodiversity

Trilobites were a very diverse group of extinct marine arthropods. They first appeared in the fossil record in the Early Cambrian (521 million years ago) and went extinct during the Permian mass extinction (250 million years ago). They were one of the most successful of the early animals on our planet with over 25k described species, filling nearly every evolutionary niche. Due in large part to a hard exoskeleton (shell), they left a excellent fossil record.
More About Trilobites
SOLD
DETAILS
SPECIES
Harpes hamarlaghdadensis
AGE
Middle Devonian - Eifelian Stage 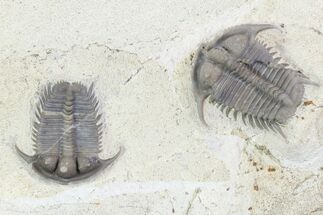 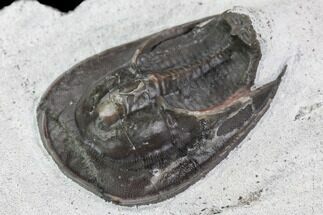