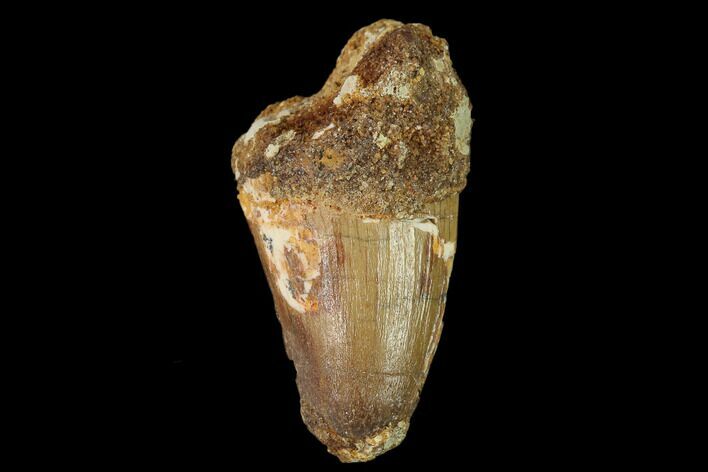 This is a 1.37" fossil crocodile tooth from the Kem Kem Beds of Morocco. There are at least six genera known from the Kem-Kem and it is difficult to assign a taxonomic identification because some of the genera are not well described. The genus Elosuchus is the most likely candidate though.

Many teeth from this area are labeled Sarcosuchus but this is highly unlikely. The Kem-Kem Beds are late Cretaceous (100.5-66 mya) deposits, while Sarchosuchus is from the early Cretaceous (145-100.5 mya) and appears to disappear from the fossil record about 12 million years before the deposition at Kem-Kem had begun.

5.6" Cretaceous Crocodile Vertebra - Morocco
$225 $202
Our Black Friday Sale Has Begun!
Up To 30% Off Of All Items Sitewide
With Black Friday falling a week later on the calendar this year, we have decided to start our sale earlier. From now through Cyber Monday (Nov 30th) everything on our website is on sale. Be sure to check back often as hundreds to new listings will be added throughout the week.