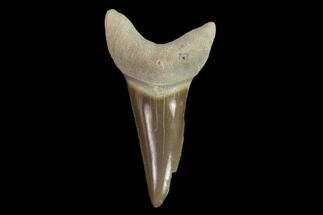 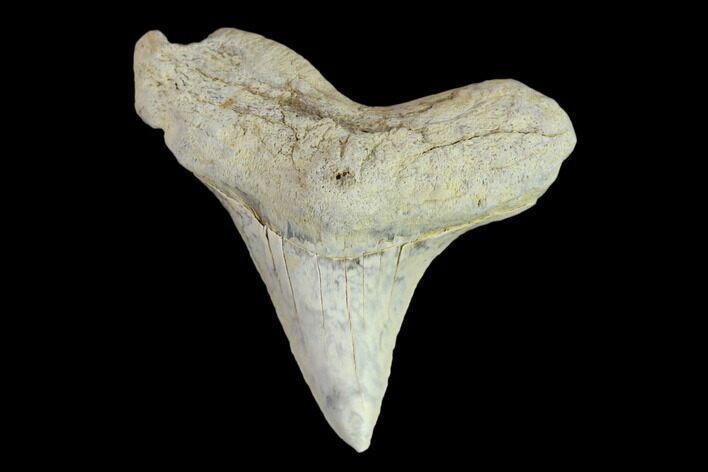 This is a 1.28" fossil tooth of the shark (Cretoxyrhina). It is Late Cretaceous in age and comes from the Smoky Hill Chalk in Gove County, Kansas. Both the enamel and root have undergone weathering.


During the Late Cretaceous, much of the middle of the United States was covered by the Western Interior Seaway effectively splitting the continent in two. The Niobrara Formation in Kansas is one of the best known localities for marine fossils deposited during this time. These fossils include the remains of giant marine predators including Mosasaurs, Plesiosaurs, sharks like Cretoxyrhina and the giant predatory fish Xiphactinus.
SOLD
DETAILS
SPECIES
Cretoxyrhina mantelli
AGE
Late Cretaceous (83 Million Years) 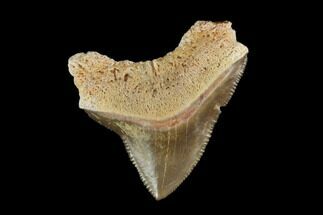